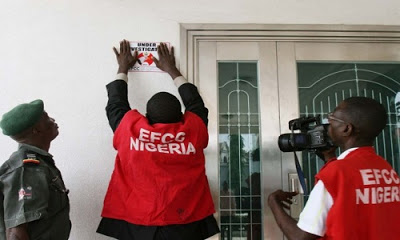 The trio were arraigned alongside their company, Partsmaster Oil and Gas Limited.

They are alleged to have at different times converted over N100million meant for payments of contractors who executed contract job for Delta State Oil Producing Areas Development Commission, DESOPADEC, to personal use.

One of the counts reads:

The defendants pleaded not guilty to the charge.

In view of their plea, counsel to EFCC, Kayode Oni, asked the court to fix a date for commencement of trial.

However, counsel to the 2nd defendant, Edorie Lawson Umuzu  pleaded with the court to allow the accused persons to continue on the bail conditions granted the accused persons when they were first arraigned, an argument which was also canvassed by the other defence counsel.

Justice Uloho adjourned to April 7, 2017 for trial and ordered the accused persons to continue on the bail earlier granted them by court.