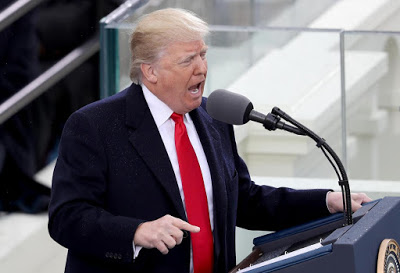 The White House’s webpage on civil rights has been deleted, just hours after Donald Trump was inaugurated as President.

Previously a page marking the history of civil rights in the US the
page has now been removed. The page appears to have been replaced by
one entitled ‘Standing Up For Our Law Enforcement Community’ which
states there is a “dangerous anti-police atmosphere in America” as well
as a “tide of lawlessness associated with illegal immigration”.

The move will risk infuriating more of his predecessor’s supporters,
as Mr Obama’s election as the first African American President is
considered a major milestone in civil rights progress in the US.
No new page on civil rights appears to have been posted elsewhere on the site as a replacement for the old webpage.

It continues: “President Trump is committed to building a border wall
to stop illegal immigration, to stop the gangs and the violence, and to
stop the drugs from pouring into our communities. He is dedicated to
enforcing our border laws, ending sanctuary cities, and stemming the
tide of lawlessness associated with illegal immigration.

The webpage is one of a number which has been deleted from the White
House website immediately after Mr Trump assumed office. Other pages
include those on climate change and LGBT issues, other topics with which
Mr Obama was closely associated during his presidency and which his
successor has been deeply critical of.


Mr Trump was sworn in as the 45th President of the United States in
the traditional ceremony, accompanied by his family. He told supporters:
Today we are not merely transferring power from one administration to
another- but transferring it from Washington DC and giving it back to
you the people.

“For too long a small group in our nation’s capital has reaped the rewards of government while the people have borne the cost.

”Washington flourished but the people did not share in its wealth.
Politicians prospered but the jobs left and the factories closed.

“The establishment protected itself but not the citizens of our country.” INDEPENDENT