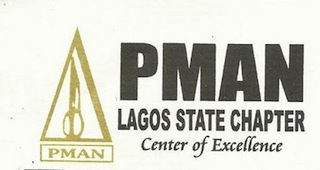 Uncertainty that has clouded prospect of a common
front for the Performing
Musicians Employers’ Association of Nigeria, PMAN, may soon be a thing of the
past as the music house is set to finally come together and hold its national
elections come January 31, this year.
Speaking
at the Lagos State Chapter of PMAN’s monthly meeting held at the state
secretariat, Sir Kareem Olomide Osoba, Governor General of PMAN, Lagos State
Chapter, stated that the consensus on the election was reached through the
intervention of the Minister for Labour and Productivity, Dr. Chris Ngige.
According
to Sir Osoba, the minister constituted a caretaker committee to organise a
credible election, thereby rendering null and void any other elections as far
as PMAN at the national level is concerned.
Governor
General of PMAN then appealed to all members to come together and work toward
the realisation of a more formidable front for the association.
“Since
the federal government has intervened in the problems facing PMAN,” Sir Osoba
said, “and Dr. Ngige has constituted a caretaker committee to organise
elections on January 31, it is therefore important for members to abide by this
to resolve the age long crises in the PMAN.”
He
pointedly asked Pretty Okafor, a factional president of the association to obey
the law and submit himself for the elections. In his words, “I hereby use this
opportunity to appeal to Pretty Okafor to abide by what the majority put their
interests on. And unless he picks up the form to contest in the coming election
in Abuja, Lagos Chapter of PMAN doesn’t recognise him as president.”
He,
however, encouraged members to pick up their nomination forms as Lagos State
Chapter of PMAN has no preferred candidates but would only support whoever is
ready to work for the progress of the association both at the state and
national levels.
The
meeting which was well attended by members and journalists had the likes of
Chief Fruitful Mekwunye and Yinka Best, amongst others, declaring for the posts
of president and first vice president respectively in the coming elections.
Previous Post