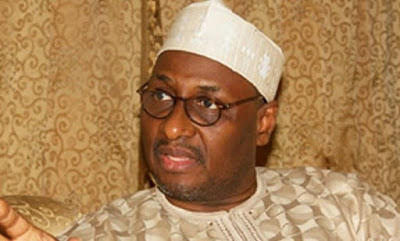 A former chairman of the People’s Democratic Party, Adamu Mu’azu on Friday explained his connection to the Lagos property where the anti-graft EFCC found over N13 billion hidden in an apartment.

Mr. Muazu said although he built the property, it was no longer his.

The recoveries were valued at N13 billion based on prevailing exchange rate set by the Central Bank of Nigeria.

The EFCC circulated photos and video footage of the moment the hidden money was recovered, sparking nationwide outrage.

There have been media reports that the money belonged to Mr. Mu’azu because the property was linked to him in public records.

On Friday, the former Bauchi State governor acknowledged links to the property, but said he wasn’t the owner of the suspicious funds found therein.

In a statement to PREMIUM TIMES, he explained that he built the property with a credit facility he acquired from a bank, but had since sold out all the apartments in the building.

“I acquired the land and jointly develop it using a bank loan, I obtained about nine (9) years ago.

“However, all the flats have been sold to prospective buyers in order to pay back the loan,” Mr. Mu’azu said.

“I do not own or occupy any of the apartments.

“I sold all the apartments through established estate agents as such I have no knowledge or interest in who purchases or rents any of the flats,” he added.

Mr. Mu’azu, who said he’d been a real estate developer of international repute since 1983, commended the EFCC for its vigorous war against corruption.

“I strongly believe that the efforts being made will surely unveil the real owner of such flat and the monies recovered,” he stated.
Adamu Muazu

The Lagos Division of the Federal High Court on Thursday granted an order to tentatively forfeit the recovered sum to the Nigerian government.

Nobody has come out to claim the money and the judge gave any claimant until May 5 to do so or the money would be permanently forfeited to the federal government.