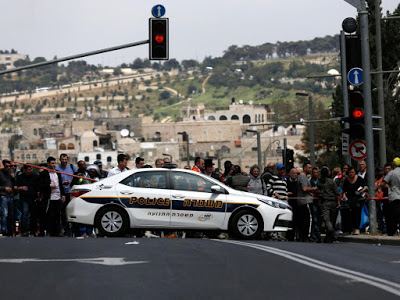 A British woman on holiday in Israel has been stabbed to death by a Palestinian man in Jerusalem, police say.

The women, who has not been identified, is believed to have been a British student visiting Israel.
Israeli police spokeswoman Luba Samri said the man attacked
the woman, who is believed to be in her early 20s, as she travelled on
the light rail near Jerusalem’s Old City.

She was rushed to Jerusalem’s Hadassah Medical Center but died soon after arrival.

Local media reports suggested she had been stabbed multiple
times and that two others were slightly injured in the attack –
including a pregnant woman.

Yoram Halevi, Commander of the Jerusalem District in the
Israeli Police, told a local radio station that the attacker – a
57-year-old man – had been arrested at the scene.