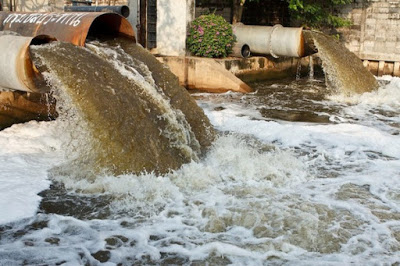 Lagos State Government has said that it will join the rest of the world to celebrate the annual Water Day by drawing more attention to water-related issues, its benefits when put to good use and adverse effect if mismanaged.

Speaking today at a joint press conference organised by the State Water Regulatory Agencies, Arc Ahmed Kabir Abdullahi, Executive Secretary of Lagos Water Regulatory Commission, said the focus of the celebration would be on waste water, adding that this year’s theme, ‘Water and Wastewater’ would be brought to the front burner with the aim of addressing all issues pertaining to it.

He noted that the event would avail stakeholders the opportunity of assessing reforms of the state government in relation to the newly signed Lagos Environmental Law which partly includes the harmonized Water Sector Law.

Ahmed further disclosed that the State Government would also use the event to chart a new path for the water sector for the rapid development of the sector.

He said that several stakeholders, including environmentalists with both the public and private sectors experience, will give insights and expatiate on the present administration’s policy on water, stressing that the State Government is leaving no stone unturned in ensuring that Lagosians have access to quality and safe water.

On his part, Engr. Adeniyi Abdul, Coordinator, Lagos State Waste Water Management Office, bemoaned the increasing rate of water-related illnesses and posited that if more attention is paid to the quality of water by all stakeholders, as being done by the State Government, the trend would be reversed.

He charged members of the public on effective disposal of waste water from laundry, kitchenette, bathrooms and other used water sources, restating Government’s resolve to decisively deal with violators of the provisions of the state’s water sector law.

In his remarks, the Managing Director of Lagos Water Corporation, Engr. Muminu Badmus, lamented the damage being perpetrated by some members of the public who indulges in contaminating the corporation’s water through illegal connections of water.

He said that the untoward acts as well as stealing the corporation’s water to resell to members of the public among other reasons are responsible for the shortage of water supply to some parts of the State.