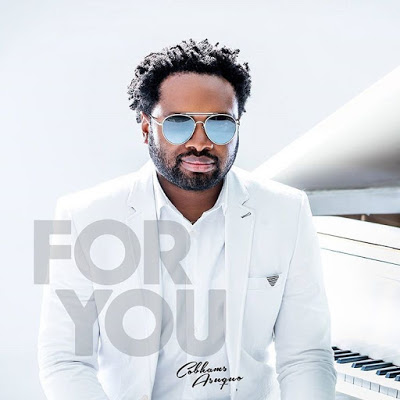 For
16 years Cobhams Asuquo has worked behind the scenes helping artistes achieve their
album dream, but on Sunday, March 12th Cobhams stepped into the spotlight and launched
his highly-anticipated debut album at an exclusive high-profile command
performance.
In
tune with character, Cobhams who is known for his touch of brilliance pulled
all stops to deliver a concert that left a lasting impression on the minds of the
audience. With companies like Wisemen Apparel, Malta Guinness, BillionaireBet as
co-sponsor of the concert, guests were feted with world-class music and a delicious
menu of intercontinental and continental dishes.
The
well-decorated interior of the Civic Center, Victoria Island, Lagos was at once
both a classic concert setting and a banquet for the royalty. The mood was
induced with theatrical display of lights that combined seamlessly with
well-distilled sound. For his technical team, Cobhams flew in US-based, lightning
expert, Charles Ford who has done lights for the likes of Chris Brown, Prince,
TraySongz. Sola Raji of P3Multimedia LLC Texas also came on board as the sound and
technical consultant for the command performance.
Tagged
the For You Album Launch Concert, the
album release was witnessed by corporate and bank executives, artistes, Christian
community leaders and captains of industries.
Some
of the well-known personalities in attendance included Sammie Okposo, Falz,
Waje, Omawumi, Toke Makinwa, Seyi Shay, Yemi Alade, Timi Dakolo, TY Mix, Paul
Okoye, Kamal Ajiboye, Gloria, Elvina Ibru and Nosa. Other eminent personalities
at the occasion include Atedo Peterside, the chief launcher, Dr. Tony Rapu, Adesuwa
Onyenokwe and former First Lady of Cross River state, Mrs. Onari Duke.
Like
an appetizer, the duo of Fome Peters and Edaniels, both talented artistes, set
the tone for the evening in separate live performances. Their brief
performances provided a fodder for what was to come.
Dressed
in sparkling white tuxedo with black collar outlines, Cobhams was ushered on
stage by compere, IK Osakioduwa amidst a rapturous ovation. He was led onto the
stage by his beautiful wife, Ojuola Asuquo who stepped aside once Cobhams was
seated by his piano. From that moment, it was about the music.
With
lyrics displaying on the giant LED screen, Cobhams complemented with his full
band and background vocalists. He opened with the first song on his album, Make
Our Hearts and continued flawlessly with other tracks.
A
highpoint of the concert was the ceremonial unveiling of the album which was
performed by Atedo Peterside, chairman of Stanbic IBTC Holdings Plc and Cadbury
Nigeria Plc and his wife Mrs. Dudu Peterside. After the unveiling of the album,
physical copies officially went on sale along with digital platforms including iTunes,
Apple TV, Music+, Spotify, Amazon, Googleplay.
In
between Cobham’s performance was an interview session with popular TV show host
and magazine publisher, Adesuwa Onyenkwe. While fielding questions, Cobhams
explained frankly that he had to wait patiently for the right time. He said
further that while the album might be classed a gospel album, it had a broad
appeal to humanity in general with themes of societal transformation and love.
According
to Cobhams, the For You album is a
product of five years of labour and cost as much as $100,000 to produce. He
went on to leave no one in doubt that a new career phase has started with broad
plans for national and international road tour.
As
they say that every journey begins with a step, for Cobhams, that step will
begin with the first stop of the For You
Album Tour on Sunday, March 28th at the Pistis Centre, Lekki after the fourth round
about, Lagos.
Previous Post