This woman loses job for calling Osinbajo a ‘novice’

A Nigerian woman has lost her job a week after criticising Vice President Yemi Osinbajo and President Muhammadu Buhari’s wife, Aisha, on Twitter.

In the July 5, 2017 tweet, Bolouere Opukiri described then-Acting President Osinbajo as ‘a novice’ for travelling out of the country at a time President Muhammadu Buhari was receiving medical treatment in London and tension was flaring between the executive and the legislature.

Senators had criticised Mr Osinbajo’s trip the day before, with Enyinnaya Abaribe of Abia saying it created “a vacuum” that Senate President Bukola Saraki should step in to fill.

In another post five days later, Ms Opukiri threw a shade at Mrs Buhari for railing against some ‘hyenas’ and ‘jackals’ within her husband’s inner circle, suggesting that Ms Buhari might not be as ‘classy’ as former first lady, Patience Jonathan. 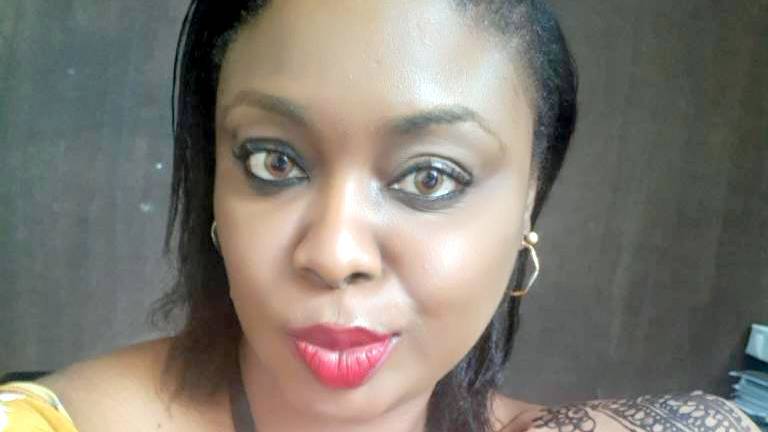 The two tweets and other similar rants against Buhari administration figures were subsequently chronicled by some pro-government netizens and sent to the presidency.

The presidential amnesty office, where Ms Opukiri worked at the media unit, saw her abuse of ‘government official’ as a threat to national security and summarily dismissed her as recommended by the public service rules.

Ms Opukiri told Premium Times, an online portal that broke the story, her dismissal was a violation of her right to free expression as enumerated in the Constitution and vowed to challenge it in court.

Laolu Akande, the spokesperson for Mr Osinbajo, received an e-mail from one of the administration’s supporters online with a quibble about Ms Opukiri’s continued stay in office despite her regular “insults” against the administration, especially Messrs Buhari and Osinbajo.

If “characters” like Ms Opukiri “continue to work in government”, it would portray the administration’s online supporters as “weak” and their loyalty “unrewarding,” the petitioner said in an e-mail.

Mr Akande forwarded the e-mail to Paul Boroh, then-head of presidential amnesty office, with an annotation: ‘Pls is this correct?’ according to details of the communication showed.

Mr Boroh did not appear to have responded to Mr Akande’s e-mail, but he did order an immediate probe into Ms Opukiri’s online activities.

Ms Opukiri, 30, learnt of the complaints against her for the first time on July 12. She arrived at work on that Wednesday morning and was immediately summoned by Dedis Abel, then chief of staff at the presidential amnesty office, Ms Opukiri said.

She said Mr Abel, a retired colonel, told her she was the subject of a petition that came in from the presidency. He then detailed two soldiers to follow Ms Opukiri home to search her apartment for any material that could aid in their investigation of her online activities.

By noon, she appeared before a disciplinary panel and was confronted with printouts of her tweets, one of them was one in which she excoriated Mrs Buhari for her jackals and hyenas comment on July 5.

Ms Opukiri denied all allegations of misconduct in her response to the six-person disciplinary committee, including two women, according to her employee records seen by PREMIUM TIMES. She was not queried, but only made to respond to specific allegations when she faced the committee, all of which bordered on her use of social media.

Ms Opukiri was asked to go home and await further communications after her grilling. The committee went on to recommend Ms Opukiri’s dismissal when it submitted its report the same day, and she was dismissed the next day, July 13.

Her dismissal letter said she made ‘false claims’ against a ‘government official’ in her July 5 tweet. The claims were ‘prejudicial to state security” and also “inimical to the image of the Office of the Special Adviser to the President on Niger-Delta Affairs.”

The office based its actions on public service rule (PSR) 030407, which defines ‘false claims against government officials’ as a serious misconduct for which an employee should be dismissed as ultimate penalty.

Ms Opukiri was posted to the amnesty office as an in-house consultant on the re-integration of rehabilitated Niger-Delta militants as part of the amnesty programme launched by late President Umar Yar’Adua.

Tidal Streams, an outsourcing firm, which was Ms Opukiri’s primary employer, was given prior notice of her dismissal, the sack letter said. As an in-house consultant for a government agency, Ms Opukiri could be subjected to public service rules, according to senior civil servants who spoke about the nature of her employment, including a permanent secretary and a director.

Ms Opukiri’s employment letter implored her to be ‘responsible’ in her conduct while on the job, but did not include a specific guideline about what she could engage in on social media.

Ms Opukiri said she was told that Mr Akande and other presidency officials mounted pressure for her dismissal.

She said the complaints were sent to Mr Akande following an online brawl she had with Segun Dada, another pro-government commentator on Twitter.

“He insulted me as a fat woman and I responded that he should be the last person to call anyone fat because his wife is also fat by nature,” Ms Opukiri said.

Mr Dada confirmed exchanging tense tweets with Ms Opukiri, which they both mutually deleted later, but strongly denied the allegations, said he had never owned an iPad which was used to send the complaints to Mr Akande as indicated by the e-mail server.

“I have not and will never be personally responsible for anyone losing their job,” Mr Dada said in a message.

Mr Boroh could not be reached for comments. He was fired as head of amnesty office by Mr Buhari in March. His successor, Charles Dokubo, did not return Premium Times requests for comments throughout the week. A spokesperson for the amnesty office made promises to return enquiries about matter but failed repeatedly.

Months after her dismissal, Ms Opukiri was re-engaged early last month by Double Helix Nigeria Limited, a new outsourcing firm contracted by the amnesty office, but she was asked to stop work within the first week. Tidal Streams had been dropped by the office shortly after Ms Opukiri left.

She said Mr Dokubo was asked to dismiss her again when he visited the State House early May.

“They told him they were aware that I had been reinstated and he immediately took steps to get me fired once again to avoid offending the presidency,” Ms Opukiri said. The online portal claimed it saw the May 2 employment offer from Double Helix, but could not independently verify claims that Mr Dokubo ordered her termination under pressure from the State House.

Emilia Achor, head of human resources at Double Helix, said the firm rescinded Ms Opukiri’s offer letter because it had “the rights” to do so. She offered no further explanation.

A telephone number for Tidal Streams did not connect, neither as Akande responded to requests for comments.

ENDSARS Has Political Undertone, Influencers Must Be Fished Out