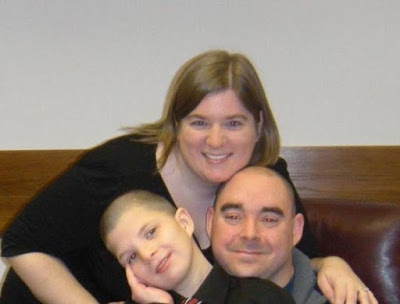 A prosecutor says a New York couple decided to kill their adoptive son and cover up the crime with a house fire after watching the movie Manchester by the Sea.

Chenango County District Attorney Joseph McBride said during a bail hearing for Ernest and Heather Franklin last week that 16-year-old Jeffrey Franklin was killed within two hours of the couple watching the Oscar-winning film on 28 February, according to WBNG-TV.

Mr McBride said an examination showed the teen died before the fire.

The Franklins are charged with second-degree murder, arson and tampering with physical evidence.

Heather Franklin’s attorney told the court that she is “innocent until proven guilty.”

Manchester by the Sea tells the story of a man who accidently sets a fire that kills his children. He was not prosecuted. Casey Affleck won an Oscar for best actor in the film. The movie also garnered a best original screenplay Oscar for writer/director Kenneth Lonergan.

“Within two hours of that movie playing to this defendant and her husband, Jeffrey’s deceased,” Mr McBride said during Friday’s bail hearing.

Officials said the fire was reported around 1.15 am 1 March at the family’s home in the rural town of Guilford, 55 miles southeast of Syracuse.

Ernest Franklin, 35, pointed out the room where the teen was lying when police arrived on the scene, authorities said. Mr McBride said at the hearing that the son, who was adopted in 2012, had mental and physical disabilities that posed a strain on the family.

Initially, authorities thought a wood stove was the cause of the blaze. The Franklins were well-regarded by their neighbours, some of whom set up a GoFundMe page for the couple, which raised about $10,000 (£7959) before the campaign was suspended.

Ernest Franklin told police he was away from the house chasing down the family’s dogs when the fire started, officials said. Meanwhile, Heather Franklin, 33, claimed to have gone to two stores seeking a certain product while driving around from 11.30 pm until about 2.30 am, when she returned home, authorities said.

An autopsy determined that Jeffrey Franklin was already dead by the time the fire started, Mr McBride said.

“The victim was badly burned,” Mr McBride said during the hearing. “Because of the damage to the body by the fire, the pathologist is not able to determine the cause of death.”

Heather Franklin’s lawyer asked for reasonable bond because she is pregnant with a high-risk pregnancy, WBNG reported.