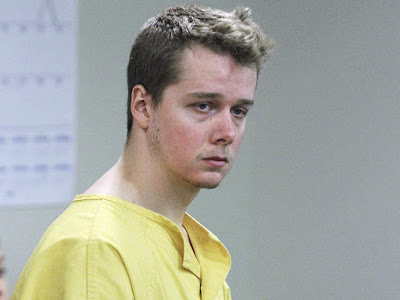 A man has allegedly confessed to strangling his childhood friend and watching her die over half-an-hour.

Liam
McAtasney admitted to a friend that he killed 19-year-old Sarah
Stern who has been missing for months from her New Jersey home,
prosecutors said.

A friend had secretly recorded their
conversation, they added. He is allegedly heard saying he strangled
Stern with such force her body was lifted off the ground,
before timing how long it took her to die.

Along with an
accomplice, Preston Taylor, he then dumped her body off a bridge after
hiding it in bushes for several hours, they added, although the teenager
victim’s body has never been found.
He is also accused of robbing Ms Stern of thousands of dollars.

Assistant
Monmouth County prosecutor Meghan Doyle told the Superior Court in
Freehold, New Jersey that he had planned the murder.

“For the
two months after that, this defendant spent the entire time calculating
every one of his moves to continue to cover up the murder and death of
Sarah Stern”, she said.