The Nigerian Senate President, Bukola Saraki, has once again showed his compassionate side recently when he rescued a new mother stranded at hospital over N385, 000 bill.

Senator Saraki single handedly paid the sum of N500,000 to cater for not only her bills, but also upkeep of mother and baby.

It was earlier reported that Mrs. Esther Akinola and her baby were stranded at the Lagos University Teaching Hospital, LUTH, over inability to settle a N306,200 bill.

Esther, 31, a fashion designer, who gave birth through Cesarean Section, claimed that her baby was premature and had to be placed in an incubator for two months after birth. 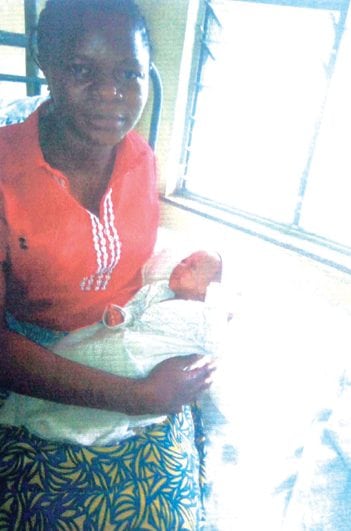 “We were given two bills. My baby’s bill of about N150,000 was settled by a Good Samaritan. Mine is pending. Actually I have not paid anything out of it.”

According to Esther who is currently in Ward C2 of the Labour Unit, she was referred from Igando General Hospital to LUTH on 12th March, 2018.

“I was taken into the theatre and safely delivered through CS on 13th of March 2018. We did not pay any deposit before the surgery, but paid for tests and other expenses incurred.”

Esther said she and her husband decided to seek public assistance to raise money to offset the bill because family members have abandoned them and they are on their own.

“Besides our Pastor and some close friends, few kind hearted people have been chipping in something.

Abiodun, Esther’s husband confirmed they were presented a total bill of N306,200 after his wife’s discharge.

“We are not contesting the bill, in fact they tried for us, but because we are currently broke we cannot pay. It has been quite a difficult period for us.”

Abiodun said he had earlier expended over N200,000 on tests and other expenses at Igando and LUTH.

“We contacted the hospital’s social society service but they said we should try to pay half of the sum before they can do something.”

The sad case of the woman was brought to his attention, when founder of BON, Seun Oloketuyi, raised alarm and solicited for help for the unfortunate woman on social media platforms he belongs to.

Oloketuyi happily announced that aside from N210,000 he had helped raised for the woman, the senate president has added his through a Wale Olaleye, a journalist close to the legislator and bailed out the family.

The overwhelmed new father was full of praise for the senate president and other people would also contributed out of their pockets to this cause.

The South Will Bleed If Buhari Resigns- Northern Elders Threaten