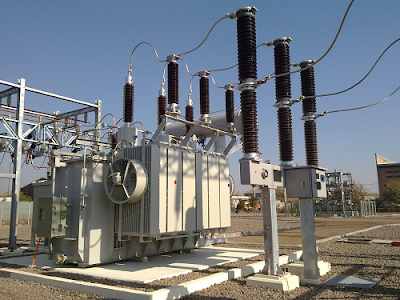 On the heels of the N701 billion guarantee for the Nigerian Bulk Electricity Trading Plc, a fresh boost in liquidity in the nation’s Power Sector is in the offing as the Federal Government has indicated its readiness to commence payment of all verified bills owed Electricity Distribution Companies in the country for electricity supplied to its Ministries, Departments and Agencies (MDAs) based on the on-going audit of the bills submitted by the DisCos.

A report presented at the 13th Monthly Meeting of Power Sector Operators chaired by the Minister of Power, Works and Housing, Mr. Babatunde Fashola SAN, in Ughelli, Delta State, on the on-going audit of debts owed the DisCos by MDAs, stated that all such verified bills would be recommended for payment as further demonstration of Government’s determination to lead by example with regards to payment for electricity delivered adding, that such payments would be on first-come-first-served basis.

The report contained in a Communiqué after the Meeting further stated that the verification team working on the audit received claims currently estimated at N59.3 billion, subject to further review, noting that 86 per cent of the debts, amounting to N51billion, were owed by the top 100 customers, mainly composed of military and defence installations around the country.

Also, the Niger Delta Power Holding Company (NDPHC) presented ongoing projects to connect communities that host National Integrated Power Projects (NIPP) just as it announced progress on projects in Ikot Nyong, Egbema, Ihovbor, Gbarain, Olorunsogo, and Omotosho saying the expected completion date for Magboro community would be April while the Olorunsogo connection would be completed in June this year.

Other progress reports include the resolution of way leave issues in Uzalla in Edo State, and ongoing work in Ondo, Rivers State and other locations around the country as reported by the Transmission Company of Nigeria (TCN); the improved compliance with submission of audit accounts as reported by the Nigerian Electricity Regulatory Commission (NERC) and the completion of maintenance works in Awka and Maiduguri to improve service delivery as reported by the Enugu and Yola DisCos.

Acknowledging that the economic progress of the country largely depends on the success of the Power Sector, the Meeting commended the Federal Government for the recent approval by the Federal Executive Council of financing to assure payment to GenCos for electricity generated and supplied on the grid noting that it would enhance investor confidence in the industry.

It noted with delight that the newly reconstituted NERC would more rigorously perform regulatory duties tasking the regulatory body to standardize reporting on financial performance, safety and customer service as a fair basis for ranking distribution companies and other industry operators.

Receiving with delight the reports by the Enugu and the Yola DisCos on the completion of maintenance works in Awka and Maiduguri to improve service delivery to targeted customers, the Meeting commended them for the completion of the projects and, however, reemphasized the need to react to customer complaints more speedily.

Acknowledging the Federal Government’s decision to support NBET with N701 billion over two years for NBET to pay generation companies for electricity produced under the Power Purchase Agreements, the Meeting, however, said the initiative did not discharge the obligation of the DisCos to pay their invoices to the Market Operator for services provided by Transmission Service Provider (TSP), ISO (Independent System Operator), and to NBET for the electricity generated, transmitted and delivered to customers.

The Meeting, hosted by Transcorp Power Limited, and chaired by the Minister, focused on identifying, discussing, and finding practical solutions to critical issues facing the Nigerian Electricity Supply Industry even as the operators were fully represented at the highest executive management levels.

Prior to the commencement of the Meeting, the Minister of Power, Works and Housing and the Governor of Delta State commissioned a 115MW turbine installed by Transorp Ughelli Limited, bringing installed capacity to 620MW from the 160MW they inherited on privatization in 2013.

Speaking at the occasion, Fashola, who described the decision of Transcorp to invest in the nation’s Power Sector as a demonstration of its confidence in the economy of the country, said the Buhari Administration reposed more confidence on local investors as they would not run away even if the ship hit stormy waters.

Assuring that the administration would continue to create enabling environment for more local investors to come into the sector, the Minister appealed to youths of the Niger Delta to see the investment as belonging to one of their own saying any time they disrupted operations at the plant they would be hurting their own person.

In his remarks, Transcorps Power Limited Chairman, Mr Tony Elumelu, stated that the plant currently generates only 300MW due to shortage of gas supply, and assured the preparedness of the company to invest facilities to increase gas supply to the power station if government created an enabling regulatory framework.