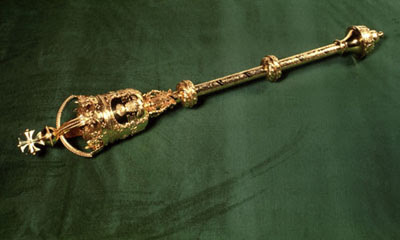 There was a mild drama prior to the debate on the motion for the
presentation of report of the Public Account Committee on  the
Activities and Performance of the Office of Auditor-General as the
seconder of the motion by the rule of the House, shall be the Minority
Leader.

This is because the position of Minority Leader is non
existent  in the House as all the 24 members of the House belong to the
All Progressives Congress .

The Speaker, Dr. Ali Ahmad, citing
Sections of the Constitution and rules of the House, thanked the people
of the state for returning the Kwara State House of Assembly hundred
percent,for the ruling All Progressives Congress (APC) and stated that
the state would have no regret for the development.

Dr. Ahmad
explained with delight that, the good governance that is envisaged by
the rules have been met, going by the cordial relationship existing
between the Executive and Legislative arms of government.

The
House ,according to the Speaker,who read the resolutions now resolved
that, the ultimatum given to the committee and the Office of the Auditor
General, to lay the report on the floor of the House, be extended till
the 15th of April.

It would be recalled that last week, the
House had summoned the State Commissioners for Finance, Planning and
Economic Development, State  Accountant  and Auditor Generals,to appear
before the  Committee on Public Account, over the inability of the
State  Auditor General to lay the audit report of the state government,
for the year 2015,as required by the law.

Earlier, the
chairman of the committee, Hon. AbdulRasheed Taiwo Abdullahi and his
committee, who interacted with the executive arm of government informed
the House, of the readiness of the state government to fully fund the
office of the Auditor General, and do everything possible to enable him
perform his functions, as enshrined in the Constitution.

The
House equally formally received the audited report of 16 Local
Government Councils, for the financial year ended 31st December, 2015,
forwarded to the House,by the Auditor General for Local Government and
directed its Committee on Public Account, to invite relevant
stakeholders on issues raised in the report, and to come up with a
report for further legislative action