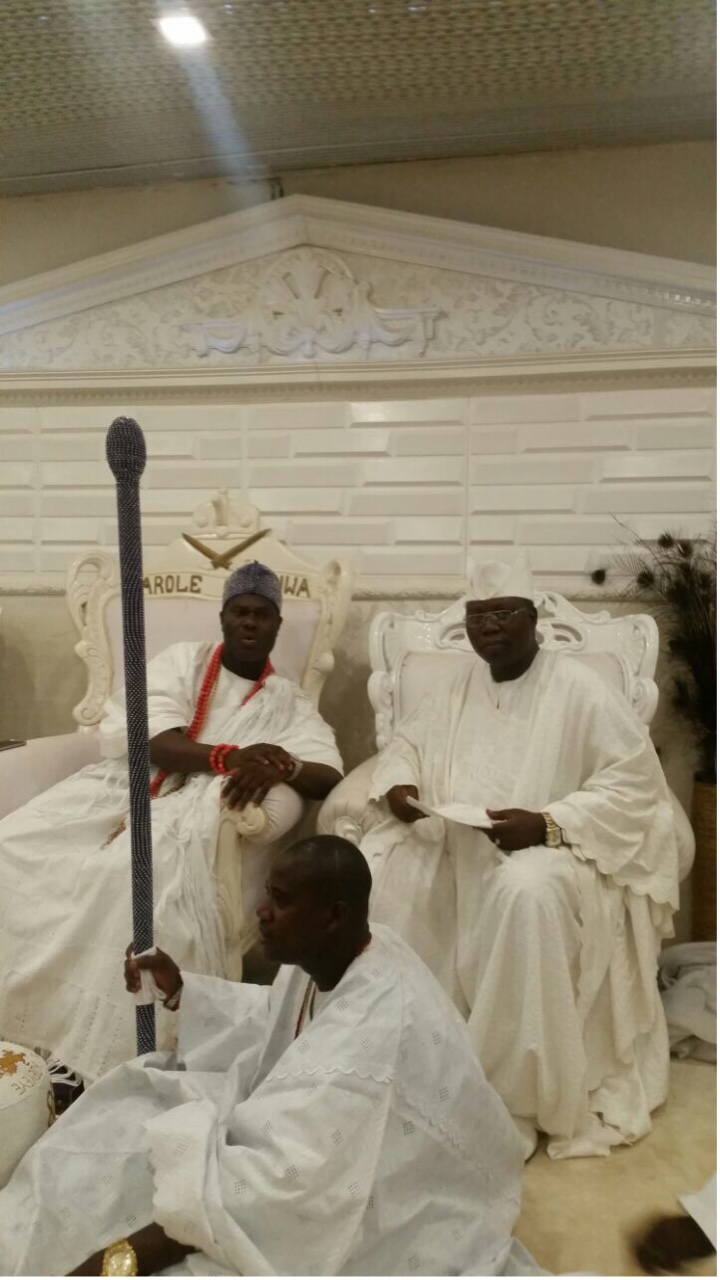 The Ooni of Ife, His Imperial Majesty Ooni Adeyeye Ogunwusi Ojaja II refuted a newspaper report in which he was quoted to have ordered Otunba Gani Adams to vacate his position as the National Coordinator of the Oodua People’s Congress(OPC).
Ooni Ogunwusi made this known in a statement released by his Director of Media and Public Affairs Comrade Moses Olafare who described Gani Adams as an unapologetic loyalist of Ooni’risa saying the veteran Yoruba Self-determinationist Adams has invested so much of resources into the socio-cultural emancipation of Oodua race and can only be treated with a deserved reciprocation of love and respect as a patriotic Ooduan who has never hesitated to demonstrate love and respect to the sacred throne of Oduduwa.
“Baba Ooni never at anytime claimed to have ordered Otunba Gani Adams to resign as the Leader of the OPC. He sees him as an unapologetic loyalist son who has always treated him as his father with love and absolute respect.
“Otunba Adams is a great Ooduan and veteran Oodua Self-determinationist who has invested so much the socio-cultural emancipation of the Oodua race. That is why we have always welcomed him as a member of the inner chamber of the Ooni’s Palace”. Olafare said.
On the request by a factional group of OPC members on a visit to the Ooni at Ile-Ife recently begging him to intervene in the OPC matters, the Yoruba foremost king admonished all the factions within the Pan-Yoruba group to close ranks and work together as one big family in the interest of unity and peace in Yorubaland.
“Baba said to them to close ranks in the interest of peace and unity of Yorubaland. He assured them of his fatherly support at all time as long as the unity of Yorubaland is not in jeopardy.
Kabiyesi Ooni’risa is even expecting the members of OPC, and the members of Oodua Progressives Union (OPU) as well as the members of Olokun Festival Foundation at the annual Oodua Festival slated for January 25th and 26th in Ile-Ife”. Olafare added.