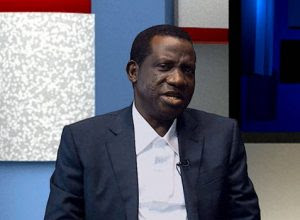 According to the Director of Press Affairs, Emmanuel Nanle, “the commissioner slumped while jogging and was rushed to the Plateau Specialist Hospital, where he died.”

Nanle said that the official was gasping for breath by the time he arrived the hospital.

“Doctors tried to stabilise him but could not. We have lost him,” he said

LEADERSHIP recalled that Dashe passed away less than one month after the demise of the Deputy Chief of Staff, Alhaji Yusuf Hawaja, who died on February 19.