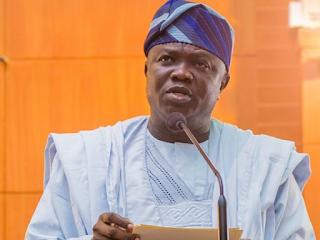 The Lagos State Government on Tuesday clarified its position on why illegal shanties and unwholesome habitation were cleared around Ilado and seafront areas beside Freedom Road, in Lekki, Lagos.

The Government said the Environment Ministry’s action was carried out in order to forestall an environmental disaster and another round of deadly skirmishes that led to the razing of the Otodo Gbame community in November 2016.

In a statement signed by the State’s Commissioner for Information and Strategy, Mr. Steve Ayorinde, the Government said the action was informed by the overriding public interest to ensure that the waterfront area is free from environmentally injurious and unsanitary habitation few months after it was consumed by fire and rendered uninhabitable.

The Government denied flouting any court judgment as incorrectly alleged, insisting that it owes a duty to the larger population of the State to ensure that public health and safety is maintained.

According to the statement, the Otodo Gbame community is one of the 39 claimant communities that had commenced action to enforce their fundamental rights pursuant to Fundamental Rights (Enforcement Procedure) Rules 2009 before Onigbanjo. J of Lagos Division of the High Court of Lagos State in Suit No. LD/4232MFHR/2016..AKAKPO & 38 ORS vs. AG L/S & 3 ORS.

It added however that the trial judge did not deliver judgment on the matter but rather referred the parties to Multi Door House for mediation.

Ayorinde said; “The leave granted to enforce their rights was tantamount to an order of status quo ante bellum on the parties, which amongst other things required that the claimants do not take any action within the area after it was destroyed by fire.

“The undisputed fact is that Otodo Gbame was engulfed by fire that razed down the entire community in November 2016, which rendered the area uninhabitable’.

According to the Commissioner, since the claimants had submitted the case for adjudication, it would be unacceptable for them to return to the area or to erect shanties and perpetuate unsanitary and environmentally dangerous conditions, hence, the need for the government to maintain order and public safety.

The statement maintained that the State Government was mindful of the welfare of the affected citizens and had indeed expressed its concerns and willingness to explore an amicable resolution insofar that the demands of the claimants are reasonable and lawful.

It insisted that the government would neither be stampeded nor blackmailed into abdicating its constitutional responsibilities to guard against a potential health and environmental hazard in the area by condoning what amounts to a breach of environmental and urban planning laws.

The statement reminded the public that Lagos State Government had swiftly responded through its fire services and emergency rescue operations as well as the Police to assist the residents and nearby locations when the entire community was razed down in November 2016 as a result of inter-ethnic clashes there.

Ayorinde stated that the State Government had no interest in the area other than to ensure that the delicate ecosystem of the waterfront remains safe, clean and secure.

He added the State Government appreciates the understanding of the general public and assures its unflinching commitment to the development of Lagos State as an ideal megacity that is sensitive to the needs of the public as well as open and continuous dialogue.