The photos of Ayotomide Labinjo, the lady alleged to be Davido’s
third babymama has surfaced amid controversy that the singer has a
3-year-old daughter with her.


In her exclusive interview with Punch, Ayotomide said she met the
singer in an Ibadan club in February of 2013, they had a brief affair
and it all fell apart after she announced her pregnancy.

“When I told him I was pregnant at the end of March 2013, he said
I should keep it but the following morning, he blocked me from his
Blackberry Messenger list. I could not reach him throughout the period I
was pregnant. On each of the days we met in Ibadan, he had a police and
three body guards with him.

“On the day the baby girl was being named, he added me again on
his BBM and I sent him her pictures. He asked me what I wanted and I
told him that he should take up the responsibility of the child. But he
blocked me from his contact list again the next morning. We named the
baby Anuoluwapo but he preferred to call her Vero and anytime I asked
for anything, he would embarrass me.” 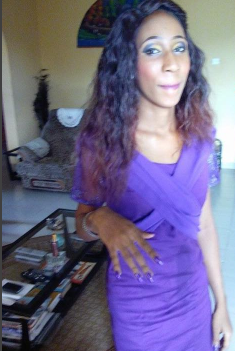 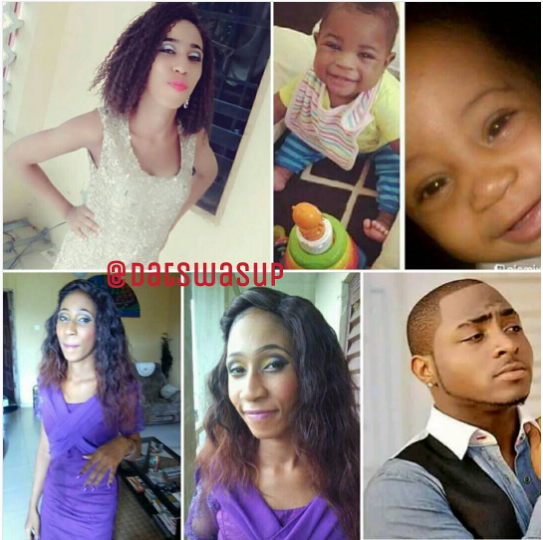 Here’s what Punch said about that:

“…a copy of the test carried out at Clina-Lancet Laboratories,
Babatunde Jose Street, Victoria Island, Lagos on September 2, 2014,
showed that Davido was ‘excluded’ from being the biological father of
the child.

However, Labinjo disputed the result. According to her, she
alleged she saw Davido giving a ‘big’ envelope containing lots of money
to one Alex Sogbola who conducted the test when she entered his office,
alleging that the technologist was induced or compromised.”

Adding her voice to the story, Ayotomide’s mother said she went extra
miles to investigate why the result returned negative. Here’s what she
said she found out:

“The result showed that Davido was not the father but my findings
after that showed that only blood test was carried out and not DNA
test.”

Well, Davido has denied ever meeting Ayotomide and now is threatening
to slam Punch with a lawsuit, plus he is cussing out the media house
for bringing the story to the public.

Here’s what the singer, who already is expecting another child with another woman, wrote on his SnapChat today: 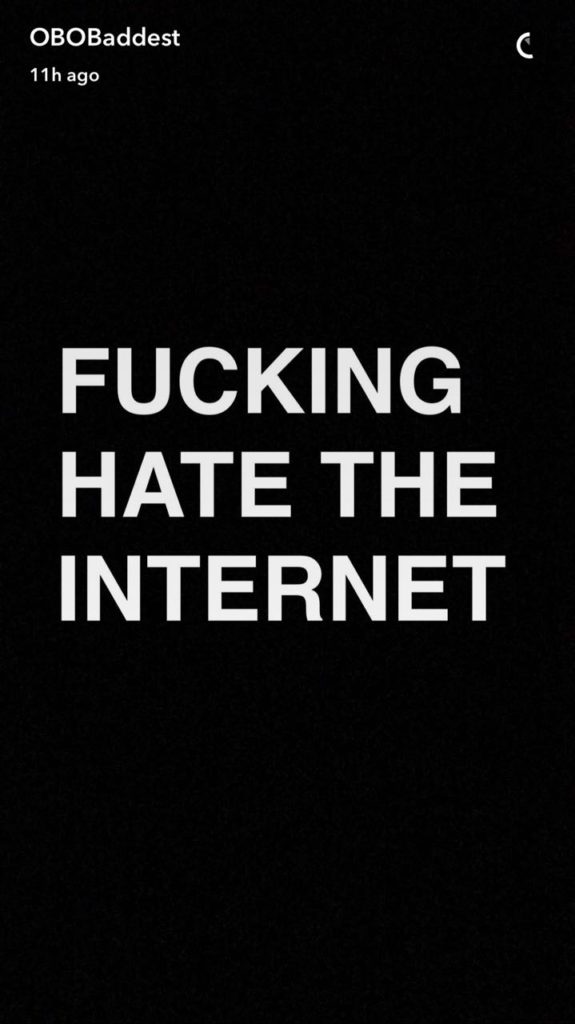 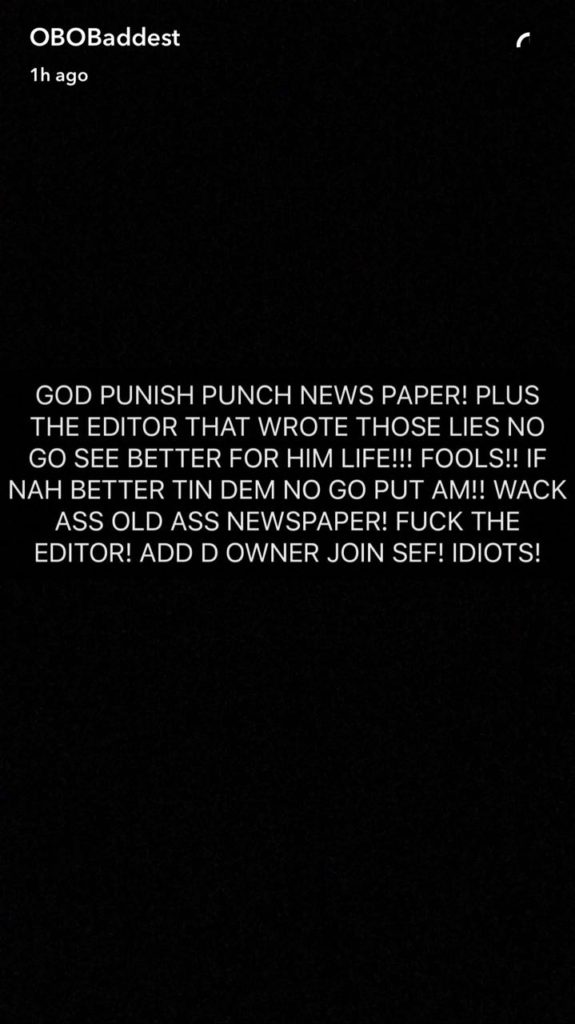