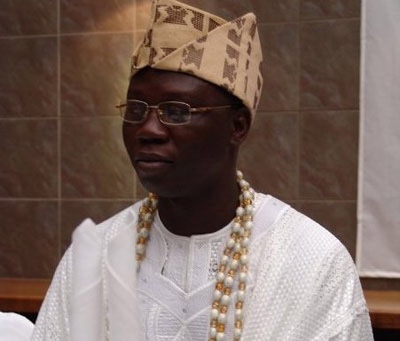 The Oodua People’s Congress (OPC) has condemned in strong terms the recent back out on regionalisation of Nigeria, by some northern elders, as generally agreed at the 2014 National Conference organised by the last administration.

Rising from an emergency meeting on weekend, OPC described the pronouncement of the northern elders an affront to the collective psyche of the generality of Nigerians and a deliberate breach to a collective agreement, capable of jaundicing the entire anatomy of Nigeria.
The group posited that regionalism was the minimum option for a united Nigeria, failure which the country would be heading towards the path of disintegration
The Northern elders, most of them, members of the 2014 National Conference, rose from their meeting last week to quash their earlier stance on regionalisation of the country and opted for the retention of the lingering warped federalism.

The northern elders’ declaration came days after the British and the French envoys to Nigeria canvassed a one indivisible Nigeria, even at a time when self-determinism is gaining ground across the world, including Britain.
Reacting in a release signed by the National Coordinator of Oodua People’s Congress (OPC) Otunba Gani Adams, the group condemned the pronouncement of the Arewa elders, saying it was a call for anarchy in a country in dire need for subtle actions that unite, rather than divisive words, that will further pillage the frail wall that currently binds the country together.
According to Adams, the declaration of the northern elders is mere figment of their own imagination that cannot represent the stance of the majority of northerners, nay the generality of the citizens of the country, particularly at this point of palpable lop-sidedness and leadership inequalities.
“We view the recent back out of some northern elders on the resolution for regionalisation of the country as panacea for a stronger Nigeria as a gross display of irresponsibility, reckless approach to sensitive matter bothering on national security cum unity and an affront on the collective psyche of Nigerians.
“The agreement to the regionalisation of the country after failed attempts to unite the country in the past was a collective one at a rare seating where every ethnic nationalities that make up the country had the rare chance to sit together to discuss the future of the country. To now make a detour at this time that the country is almost approaching a brick wall on the path of national cohesion is simply unpatriotic.
“We are not unaware of the desperate moves going on underground by a cabal that have all the while constituted the tail wagging the dog of unity in Nigeria, that are so comfortable with the lingering lopsided presidential system that is deliberately skewed to favour indolence and evil manipulations that allows a few to benefit at the expense of others.
“Let it be known to those supporting the continuation of the current locust regime that the only alternative to regionalisation of Nigeria is self-determination. Nigeria started with a system that allowed each region to develop at its own space and the Yoruba benefitted a lot from the system which promoted hard work and rapid development across the country. We built our nation to be the pride of the world under that system and as such tip it as the minimum condition for our unity in diversity, as a country
“Let the message be sounded in the ears of those scheming to promote laziness and stampede the entire populace in their desperate bid to continue to hold the country back on the path of development and accelerated pace in the march towards global advancements, that they will not succeed,” the release reads