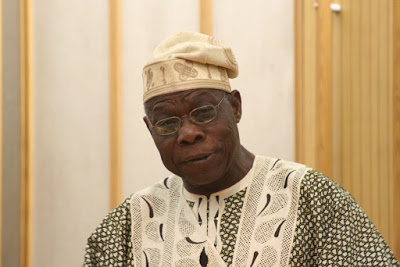 Former President Olusegun Obasanjo on Monday warned a former
Attorney-General of the Federation, Bello Adoke, to cease further
mention of his name in the controversial $1.1 billion Malabu Oil deal.
In an exclusive interview with Premium Times from Addis Ababa, the
former president said he considered the controversial award of OPL 245
oil field licence as the “height of corruption,” and, as such, could not
have participated in negotiations that led to it.

“I don’t support that kind of conduct,” Mr. Obasanjo said in his first reaction to the intercontinental oil scandal that has haunted three administrations for nearly a decade.

The rebuttal came a day after Mr. Adoke distributed excerpts of a
petition he sent to the Attorney-General of the Federation, Abubakar
Malami, alleging victimisation and persecution by the Economic and
Financial Crimes Commission (EFCC).

Mr. Adoke told his successor to call the anti-graft agency to order
because he was not the only official who acted on behalf of Nigeria in
brokering the Malabu Oil deal with international oil majors that
included Shell and Eni.

He specifically mentioned Mr. Obasanjo’s name, alongside his two successors and their appointees.

“I believe it is your responsibility to explain to the public who are
being sold a fiction that the transaction started from President
Olusegun Obasanjo, GCFR under whose administration the Terms of
Settlement were brokered with Chief Bayo Ojo, SAN, as the then Attorney
General who executed the Terms of Settlement before the tenure of
President Goodluck Ebele Jonathan, GCFR who approved the final
implementation of the Terms of Settlement and my humble self who
executed the resolution agreements,” Mr. Adoke said in the petition
dated March 6.

“This is more so as the settlement and its implementation were situated in the Federal Ministry of Justice,” he added.