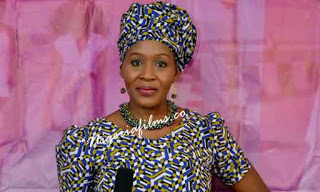 Reports reaching us indicated that the controversial daughter of a former governor in Oyo State, Kemi Olunloyo, has been arrested by the police in 7.56 am raid at her residence.

Details of her arrest are still sketchy at the time of posting this.

Kemi Omololu-Olunloyo, also known online as Snitchlady, is a Nigerian journalist, pharmacist, gun violence activist and social media personality. She is also the editor of #HNNAfrica, a world and health news blog.

Omololu-Olunloyo is the daughter of former Oyo State governor Victor Omololu Olunloyo and the second of ten children. She lived for 14 years in Nigeria, 30 years in the United States, and five years in Canada before being deported to Nigeria.