by metronews
in Business, Golf, Investigative
0 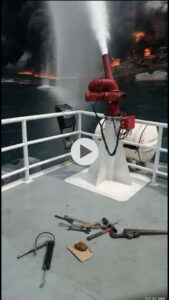 The FPSO Trinity Spirit is located at the Ukpokiti terminal, around Excravos, Warri south-west, Delta state.

It is operated by Shebah Exploration and Production Company Limited (SEPCOL).

The incident was confirmed by Ikemefuna Okafor, chief executive officer, Shebah Exploration and Production Company Ltd (in receivership), said the fire was caused by an explosion.Okafor said 10 crew members were onboard the facility when the incident occurred but had yet to be accounted for.
Metronews investigations revealed that industry watchers blame the regulatory authority Nigerian Maritime Administration And Safety Agency NIMASA for the mishap which obviously caused loss of lives and money.

Overview
Since the company’s inception in May 2004, Shebah Exploration & Production Company Limited (SEPCOL) has rapidly driven its growth by acquiring oil assets and using its strong in-house technical and operational expertise to grow production in a cost effective manner. Asides developing oil and gas business interests in other parts of Africa, within Nigeria, SEPCOL:
has a 40% interest in oil block.
Currently bidding on acquisition of new oil and gas assets in Nigeria.
Currently reviewing interest in farm-in to certain assets in Nigeria.
The company is expecting to produce about 50,000bopd and about 300mmscf/day dry gas by year end 2019.

OML 108 (formerly OPL 74) was awarded to Express Petroleum and Gas Company in December 1990. Express assigned 40% interest to Conoco Energy Nigeria Limited as Technical advisor. Conoco relinquished its 40% stake in the block in 2004 and transferred it to Shebah Exploration & Production Company Limited same year. OML 108 covers an area of 750sqkm in water depth of 88ft (30m) in the western edge of the Niger Delta in shallow water offshore Nigeria, six miles south west of Chevron’s Meren field but reaches water depth of 700ft (213m) on the southern portion of OML 108. The block is composed of oil producing Ukpokiti field, Kunza discovery and deeper pool prospects in the southern portion of the block. The Ukpokiti field comprising of 5 (five) oil wells and 1 injector wells. Two exploration wells (Kunza-1 and Kunza-2) drilled in the Kunza discovery intersected commercial volumes of gas and condensate and will form the basis for coming appraisal, development and exploration effort. OML 108 holds significant leads towards the southern part of the block.

OML 108 – Production Facilities
The FPSO Trinity Spirit serves the primary production facility for the block and all production is processed and stored on the FPSO. The FPSO Independence was renamed FPSO Trinity Spirit. The FPSO has a processing capacity of 22,000 barrels per day and a storage capacity of 2 million barrels. A well test loop is available with a 6 inches line; these networks have their own risers to connect the FPSO from the seabed that is 80ft under the sea level. The crude processing facility consists of separators which handles a 3-stage separation of the crude. It also harbors an IWTS (Injection water treatment system) for produced water treatment used for reservoir pressure maintenance via water injection. 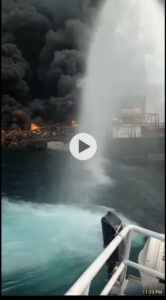 OML 108 – Production and Reserves
Over 3,000bopd for the year end 2014.
Planned activities in place to increase the current oil production rate to 5,000 barrels per day before Q2 ending 2015.
There are new reservoirs discovered in Ukpokiti field as well as ongoing appraisal of partially appraised reservoirs – currently integrated field studies ongoing for quantitative assessment of reserves and optimisation of field development plans.

Shebba runs this field and the FPSO use to be ABS classed until she was class cancelled due to gross lack of maintenance, she has been afloat for over 12years without class Sheba exploration and production company 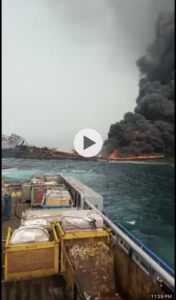 What the above means is that the ship have no papers to operate for the past 12years.

The question begging for answers is what is NIMASA looking at for that long ? And how many of such agents of death do we have on our coastal lines?
Industy watchers are of the view that Presidency should as a matter of urgency and necessity beam serious searchlight on the operations of NIMASA before a total collapse of the economy due to the failure of the regulatory body to function well.

“We are a global brand “ Party Deals CEO Henry Alade