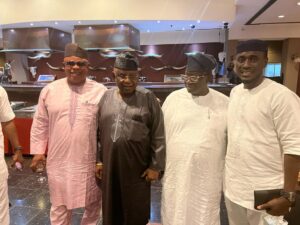 Ojelabi and others were inaugurated by the caretaker committee of the APC on Thursday in Abuja.

PiPO as he is fondly called by admirers urged all political stakeholders in the state to join hands with him to move the forward. 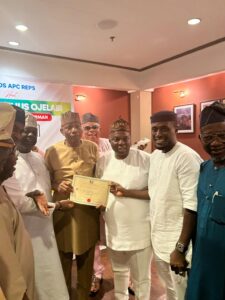 According to the staunch supporter of the national leader of the party, Asiwaju Bola Ahmed Tinubu, unity and collectivity are sacrosanct for development to thrive hence all hands must be on deck.

He stressed the need for unity and cohesion among party faithful ahead of the 2023 presidential poll.

“Congratulations to our state party chairman as he pilots the affairs of the party to greater height. Politics have come and gone. All is set for full-time administration.” 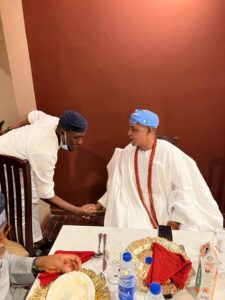 “Chairman sir, where your predecessors failed, you shall succeed. I pray God gives you the enablement to pilot its affairs to the place of Eldorado,” he averred.