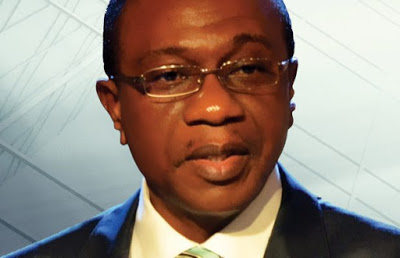 As the Naira
continues to appreciate against the dollar and other foreign currencies amid
liquidity boost, indications emerge  that
CBN is unrelenting in its move to ensure more liquidity in the interbank FOREX
market, as it will inject more foreign exchange into market early this week.
Even though
the Bureau de Change and parallel market segments have also benefitted from the
recent interventions, the next action of the apex bank is sending jitters to
currency speculators who hitherto took advantage of the scarcity of foreign
exchange in the recent past.
Confirming
the proposed additional foreign exchange injection into the system, the Acting
Director, Corporate Communications of the CBN, Mr. Isaac Okorafor said that
bank was determined to sustain the provision of liquidity in the foreign
exchange market in order to enhance accessibility and affordability for genuine
end users.
Mr. Okorafor
also cautioned dealers in foreign exchange not to engage in any unwholesome
practice that is detrimental to smooth operations in the market, warning that
the CBN would impose heavy sanctions on any organization or official involved
in such act.
As at last
week, the CBN had intervened in the interbank FOREX market by offering over
$1.2 billion for both wholesale and retail interventions.
The CBN had
offered the sum of 100 million dollars as wholesale interventions and sold
about 70 million to meet requests for business and personal travel allowances.
The move was in a bid to sustain the tempo of foreign exchange supply to the
interbank market and ensure liquidity.

It was also
to enable more people to overcome the difficulty of obtaining forex for their
transactions.