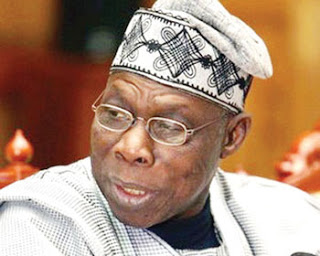 The
former
Minister of Justice and Attorney General of the Federation, Mohammed
Bello
Adoke (SAN) has insisted that the controversial Malabu oil Block
Agreement was endorsed by the previous administrations of Presidents
Olusegun Obasanjo, Umaru
Musa Yar’Adua and Goodluck Jonathan.

In
an
official letter written to his successor and the current Justice
Minister, Abubakar
Malami (SAN), Adoke, said  “I believe it is your responsibility to
explain to the public who are being sold a fiction that the transaction
started from President Olusegun Obasanjo, GCFR under whose
administration the Terms of Settlement were brokered with Chief Bayo
Ojo, SAN, as the then Attorney General who executed the Terms of
Settlement before the tenure of President Goodluck Ebele Jonathan, GCFR
who approved the final implementation of the Terms of Settlement and my
humble self who executed the resolution agreements. This is more so as
the Settlement and its implementation were situated in the Federal
Ministry of Justice.
“Honourable
Attorney General of the Federation, your response is crucial because it
has become glaring that the actions of the Economic and Financial
Crimes Commission (EFCC) in respect of the transaction are not in the
national interest; but rather in furtherance of a plot to serve the
interests of some powerful families and individuals who are aggrieved by
my refusal to accede to their requests to compel Malabu to pay them
certain sums from the proceeds of its divestment in OPL 245, and the
subsequent re-allocation of the Block to Shell/ENI. You will recall that
I had on several occasions asserted this fact. I am therefore surprised
that a national institution is being used to further the interest of
individuals whose claim or shareholding in Malabu remains shady and
prefer to engage proxies to fight their battles.”
On the recent filed charges by anti-corruption agency against him and others, Adoke stated that “recent
actions of the Economic and Financial Crimes Commission (EFCC) to impugn the
settlement which was done in the national interest particularly their penchant
to suppress facts relating to
the transaction and the filing of criminal charges against me for conspiracy/
aiding the commission of Money Laundering offence and the latest allegations of
bribe taking reveal very clearly that either your Office and that of the EFCC
are not working in harmony or that something sinister is going on.
“Having
given you the benefit of the doubt that you would not sponsor deliberate
falsehood against me, my suspicion is that there is an orchestrated plot by the
EFCC to: deliberately impugn a transaction that has been scrutinized and
approved by at least three past Presidents and three Attorneys General; drag my
name in the mud and paint me with the tar of corruption in order to attract
public odium.”
Adoke also
advised the Justice Minister that “As the Chief Law Officer of the Federation,
you have a public duty to speak on this matter so that Nigerians would know
whether I acted mala fide or abused my office in the entire transaction leading
to the final implementation of the Settlement. Nigerians need to know whether
your predecessors in office from 2006 to May 2015 acted in the  national interest when they brokered and
implemented the Settlement.
“It will
also be instructive for Nigerians to know whether your predecessors were
carrying out their personal agenda or that their respective actions were
carried out with the knowledge and approval of their respective Principals.
Adoke said
“if you find that I had breached my Oath of Office or abused my office, please
do not hesitate to bring me to justice. However, if it is the contrary, as I
strongly believe, that certain individuals who had vowed to even scores with me
are now being aided by state institutions such as the EFCC; I deserve
protection from these unwarranted attacks and dehumanising treatment that I am
being subjected to merely because I chose to serve my fatherland.”

It could be
recalled that the EFCC has filed charges against the ex-minister and some
former officials over the Malabu oil deal.