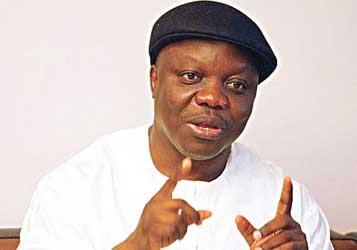 As another election year fast approaches, politicians are back at their usual games. While some are re-strategizing to win the hearts of the people, others are scheming and re-aligning themselves to outdo one another in a bid to reassert their respective relevance in the political scheme of things.

In Delta State, the jostling is currently taking a melodramatic twist and the former governor of the state, Dr. Emmanuel Uduaghan, becomes a major target.

A statement by a group of people under the aegis of Action Youths for Good Governance, AYGG had alerted Deltans of impending attacks on some reputable political figures in Delta including the former governor, and they are being sponsored by some big-name politicians in the state who see the medical doctor as a threat to their ambition. According to the spokesman of AYGG, Felix Obuah, some time ago they had uncovered a plot aimed at either getting rid of Dr. Uduaghan or disabling him politically.

“We want to alert members of the public, most particularly Deltans at home and abroad of the planned attack on the immediate-past governor of Delta state, Dr. Emmanuel Uduaghan by agents of darkness in the state. The attack will start in the form of mass protests in different parts of the state and outside,” Mr Obuah had declared.

“We know the people involved. They are powerful people in this state who feel threatened by the enormous influence Dr. Uduaghan wields. We know they are after some politicians; those who sacrificed so much so that Delta would be an enviable state that it is today. They want them out of the scene. We know them,’’ he had also stated.

Already, the plot is hatching in phases, and some paid individuals have begun mass protests in different parts of the state, all aimed at discrediting the person of the ex-governor and all he represents.

During the week, some individuals who call themselves Delta Anti-Corruption and Integrity Forum were seen protesting around the government house, bearing placards that seemed to disrepute the former governor and his administration. They were calling for his prosecution by the ICPC and EFCC without providing evidence of his maladministration.

Addressing newsmen in front of the Government House, the leader of the group, Fejiro Oliver accused Uduaghan of allegedly looting several billions of naira from the state.

The group further said that Uduaghan is not the only politician being targeted in the recent onslaught. The immediate-past secretary to the state government (SSG), Comrade Ovuozorie Macaulay and other officials who served under Dr. Uduaghan were penciled down for similar treatment.

“The enemies of the state are said to have doled out some amount of money in the region of N300 million to see their nefarious act to a conclusive end,” revealed Mr Obuah.

We learned career protesters have been hired from within the country and beyond while protest materials were shipped in last week preparatory to the action which resumed this week. We also learned that over 3000 printed T-shirts were ordered and delivered successfully as well as a reasonable number of banners carrying messages.

There are suggestions also that before the resumption of the sponsored protests, some individuals had approached the former governor with intent to blackmail him and his refusal to yield to the bribe demand by them was what started the protests.

Dr. Uduaghan was the governor of Delta State for eight years from May 29, 2007. While in the saddle as governor, he impacted positively on all Deltans’ lives through developmental projects embarked upon by his administration. Chief among these was the institution of a special project to finance medical assistance to them where over N1.4 billion was expended. His administration also embarked on health programmes as the Free-under Five health programme where all the children within the age bracket of 0-5years were taken care of irrespective of the ailment.

The Uduaghan administration also embarked on a Free Maternal Health programme which enabled government hospitals attend to pregnant and expectant mothers from conception to the period of delivery free of charge. It was once reported that the antenatal care unit of each hospital was recording up to 200 to 400 attendants on daily basis. The hospitals were made to handle serious advocacy issues on care during pregnancy aimed at reducing maternal and infant mortality.

On the Free Rural Health Scheme programme, the government of Delta State under Uduaghan attended to the rural people in all parts of the state, treating various health needs of the people irrespective of the nature of the ailment free of charge. The scheme cut across all ages and sexes as issues bordering on fibroid, hyenia, partial blindness and other sundry health challenges were tackled by health care professionals.

He also ensured the fees of all students sitting for the secondary school final examinations were paid. It was a policy he underpinned by the observation that some students even after going through the free school programme, were unable to pay the fees required before they could sit for the National Examination Council (NECO), and the West African Examinations Council (WASC) exams.

Under Uduaghan, over 700 primary and secondary schools were either reconstructed or rehabilitated just as the state fully implemented a compulsory and free basic education policy.

Dr. Uduaghan’s administration achieved so much in the area of infrastructure, housing scheme, roads construction, street lights and provision of modern transport facilities and hospitals, speak volume and are too numerous to mention.

The state Govt invested in the federal government’s independent power projects,  IPP, started during the former president Obasanjo era with a commitment of about N15.7 billion. He also started a Delta State Independent Power Plant in Oghara and invested in transformers, distribution and transmission lines to upgrade power distribution in both urban and rural communities in the state.

In his determination to reposition Asaba as a befitting state capital and a hub of social, economic and political activities, an airport at a cost of N17 billion was built. When the idea of Asaba International Airport came, those who did not understand his vision said it was not a priority venture at the time, but as they later found out, it was just one component of a larger dream, a revolution to make the state the economic hub in the West Africa sub-region. Creating special economic zones and industrial clusters: (Koko/Ogidigben Free Trade Zone, Warri Industrial Business Park and Asaba Information Communication Technology, ICT Park; embarking on dualization of Warri-Ughelli-Asaba to attract Onitsha traders to import their goods through Warri port; and expanding the Osubi Airport were all part of the broader initiative to take the state to the next level. Also following sustained drive in tourism and hospitality industry, a $240 million Delta Leisure Resorts, the biggest in West Africa was to be set up at Oleri, Udu Local Government Area in partnership with a private investor, Sarner PFM, while a Wildlife Park was planned for Ogwashi-Uku in Aniocha Local Government Area.

Investigations reveal that though the anti-Uduaghan protests have recorded some hoodlums carrying placards, heavily backed by some powerful people in the state, it has remained unpopular amongst the masses who seemed to be confused as to what would have warranted them. Most of them spoken to in the state attested to the achievements of the former governor’s administration while in office.

By and large, the next election year is almost at hand and it remains to be seen how convinced people will be as regards the antics of the present-day politician.