The Federal Government has commenced independent review of State financial management by appointing eight reputable accounting firms including KPMG, Ernst & Young and PWC to monitor and evaluate the implementation of the 22-point Fiscal Sustainability Plan (FSP) which specified the conditions under which 35 State Governments in June 2016 started accessing the N510 billion Budget Support Facility (BSF). 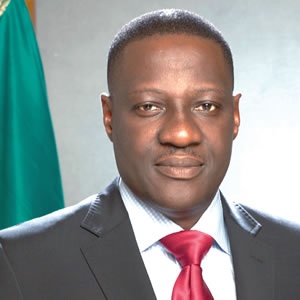 It could be recalled that monitoring by the Federal Ministry of Finance has been ongoing since June 2016 however, independent monitoring and verification of the States against agreed milestones under the FSP will now commence by the eight accounting firms.

The Budget Support Facility, a 12-month standby loan facility, was designed to bring immediate financial relief to State Governments and enable them meet their financial obligations; with a monthly amount of N50 Billion in the first three months and N40 Billion available for the remaining nine months to the 35 States.

The Fiscal Sustainability Plan is a 22-point reform programme which commenced in June, 2016 with requirements including increasing internally generated revenues, introduction of biometric payroll, publication of audited annual financial statements, and reduction of wastages by establishing efficiency units.

While announcing their appointment, the Minister of Finance, Mrs. Kemi Adeosun, said that the firms were “expected to vigorously monitor, evaluate and verify the performance of the States against the agreed milestones set by each State Government under the Fiscal Sustainability Plan.” State Governments that fail to implement the action plans, as stated, would be taken off the facility with immediate effect.

It could be recalled that the Minister of Finance, Mrs. Kemi Adeosun introduced the FSP for Sub-National Governments in 2016 to which State Governments acceded, with the view to enhancing fiscal prudence and transparency in public expenditure. The Plan is part of the nationwide Public Financial Management Reform which is being implemented by the administration of President Muhammadu Buhari through the Federal Ministry of Finance.