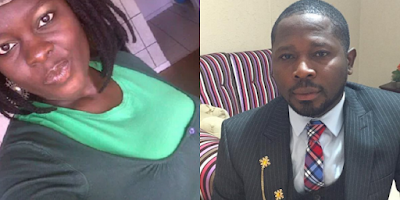 Against the plethora of
prosecution  evidence against the female lawyer, Yewande Oyediran, who
allegedly killed her husband, Lowo, last year, a defence witness
(Michael Lana), on Wednesday told an Ibadan High Court that he was told
by the couple’s landlord  that the deceased mistakenly stabbed himself
with a knife.


Lana, a former Attorney
General and Justice Commissioner in Oyo State, told the court that the
couple’s landlord, Akinpelu Adelodun, once confessed to him in private
that the late Lowo mistakenly stabbed himself with the knife he was
holding, while about to stab his wife. He said that the landlord told
him that he held Lowo’s hand to prevent him from stabbing his wife and
in the process, he mistakenly stabbed himself in the neck. 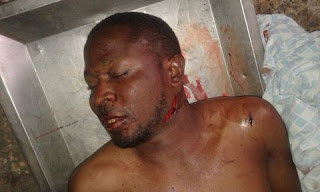 Yewande, who is standing
trial on a one-count charge of murder, was a staff of the Department of
the Public Prosecution (DPP) in Oyo State of Ministry of Justice until
the family squabbles which happened on February 2, 2017, at the
Landlord’s Akobo area of Ibadan.
Lana was led-in evidence
by the defendant’s counsel, Mr Leye Adepoju, where he said: ‎ “Adelodun
told me that Yewande came out from the couple’s apartment screaming for
help with the late husband in tow, chasing her with a knife. He also
told me that at a stage the late husband had pinned down Yewande beside
his car and had raised the knife to stab her, but that he (landlord)
seized his hand from behind and that the wife was able to escape. In the
process, the husband still being violent, mistakenly brought the knife
down on his own neck.”