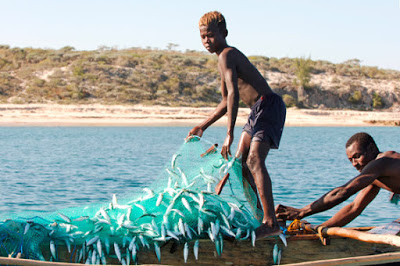 Lagos State Government has again demonstrated its commitment to capacity building and empowerment of its citizens at the grassroots with the training of 540 fishermen on safe use, maintenance, practices and repairs of 4-Stroke Out Board (OBE).

The 18-day training programme, held at different locations, had participants drawn from 27 predominantly Riverine Areas in the Local Governments and Local Council Development Areas in the State.

Commissioner for Local Government and Community Affairs, Hon. Muslim Folami disclosed that the capacity building exercise was designed for improvement of Agricultural Economy and potentials which abound in Lagos State.

Speaking on behalf of the Commissioner at the flag-off ceremony, held at Amuwo-Odofin Local Government Secretariat, the Director, Administrative and Human Resources, Mr. Hakeem Adetoro, said that the ban of 2-Stroke machine/equipment OBE by Federal Government due to its environmental implications necessitated the training exercise.

“The empowerment and development of citizens at the grassroots is very crucial to the sustainability of this administration’s policy, especially in the area of generating employment for the populace, which will ultimately lead to increase in Internally Generated Revenue (IGR) base of the Government”, he reiterated.

Adetoro further said that the adoption of the recommended OBE by fishermen is to improve their fishing skills as well as optimize their understanding of the service and maintenance of the OBE for best performance.

In his remarks, the Sole Administrator, Amuwo Odofin Local Government Area, Hon. Nurudeen Oki Bamidele, re-echoed that the training will improve the fishing skills of the fishermen, boost their output through the new techniques of the 4-Stroke Engine and other sundry attached to commercial fishing.