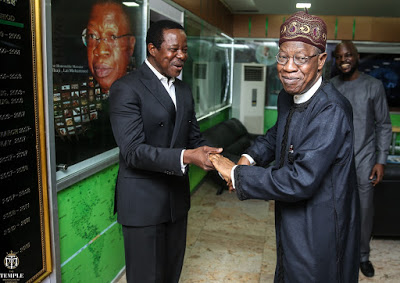 Following the success of December’s
‘Sunny On Sunday’ Concert, Juju maestro, King Sunny Ade, embarked on a thank
you tour to some eminent Nigerians for their various roles culminating in the
success of his 70th Birthday Grandstand Concert.

Although it has been several weeks
since the event held at Balmoral Marquee, Federal Palace Hotel, Victoria
Island, the ‘Sunny On Sunday’ Concert left a huge mark as one of the most
talked about events to be witnessed in the country. During the historic event,
King Sunday’s Vintage Fender guitar, designed by the artist Victor Ehikhamenor,
sold for a record N52.1 million.
During his two-day, thank you tour,
the Juju maestro crisscrossed Lagos and Abuja in the company of the Temple
Management team, led by CEO/ Founder, Idris Olorunnimbe.
At each of his stops, the juju
maestro donated KSA branded materials to his VIP guests which included the
Minister of Power, Works and Housing, Babatunde Raji Fashola, SAN, Minister of
Information and Culture, Lai Mohammed, Minister of Mines and Steel, Kayode
Fayemi, the current and previous MD/CEOs of Access Bank, Herbert Wigwe and
Aigboje Aig-Imoukhuede as well as the Chairman, Federal Inland Revenue Service
(FIRS), Tunde Fowler.
Other host on the whistle-stop tour
included His Royal Majesty Oba Saheed Ademola Elegushi and Victor Ehikhamenor
who painted his famous guitar.
The final visit was made to Babatunde
Folawiyo, Chairman, Temple Management Company, who revealed that the ‘Sunny on
Sunday’ was the product of an 11-year old covenant between he and KSA.
“I have always been a Sunny Ade fan,”
Mr. Folawiyo said. “We have the bad habit, as a nation, of celebrating only the
dead. It was one of the proudest moments of my life for Temple Management to
have the honour to serenade a living icon such as KSA.”
The Founder/CEO, Mr. Olorunnimbe,
added that despite time constraints, the Temple Management Company were able to
deliver a technically flawless production.
Another major highpoint of King Sunny
visit was at the Ministry of Information and Culture where His Excellency, Lai
Mohammed, announced that King Sunny Ade would be made one of the ambassadors of
the ‘Change begins With Me’ campaign.
Announcing the appointment, he said:
“We are looking for people like you (King Sunny Ade) that the younger ones
can look up to. It’s not just that you have been around for fifty years but you
have been around for fifty years without any single stain on your part and that
is very hard.
Alhaji Mohammed eulogized King Sunny
Ade for elevating the juju music genre into an international commodity that is
now accepted all over the world.
“Most people like you would have
had one issue or the other that today their integrity would be at stake. Your
integrity is as strong if not stronger than when you started. So it would be a
pleasure if you can accept to be our Ambassador of the “Change Begins With
Me”.
“I want the younger ones to look at
you and see that you can actually get to the top without cutting corners. That
is exactly what you have done. You have never cut corners and you have gotten
to the top. “
While accepting the offer to serve as
an Ambassador of the “Change Begins With Me” Campaign, King Sunny Ade
pledged to partner with the Federal Ministry of Information and Culture to move
the nation forward.
“You don’t need to say much.
This is what I love to do and it has been in me. We are ready to do that
officially throughout the whole world,” KSA said.
The Minister of Power, Works and
Housing, Babatunde Raji Fashola, SAN also explained that KSA has a valuable
role to play as an ambassador and change agent.
“We are still suffering from regular
attacks in the Niger Delta that affect our power generating capacity,” Fashola
said. “King Sunny Ade is a national icon and he can help Government communicate
our message in a language that everybody can understand.” 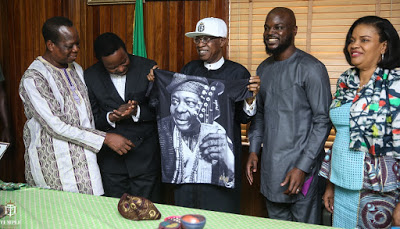 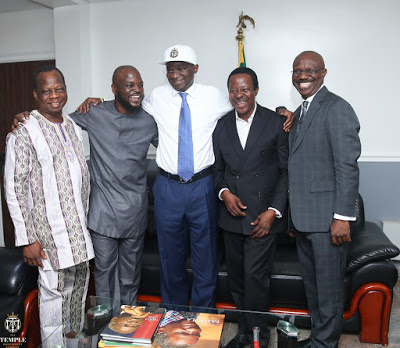 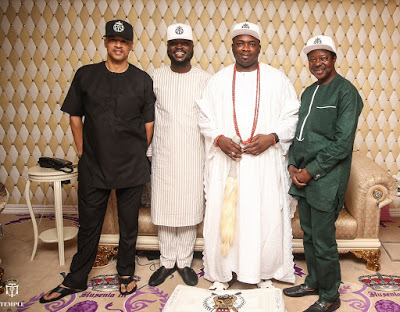 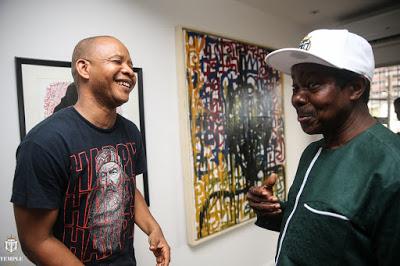 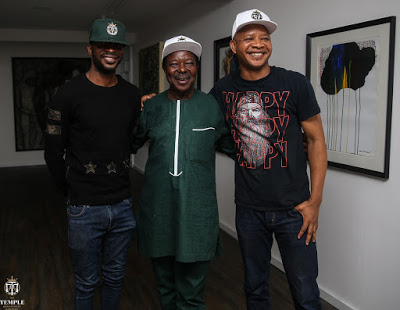 Minstry not frustrating Ambode or his government – Fashola

Minstry not frustrating Ambode or his government - Fashola