by metronews
in Default
0 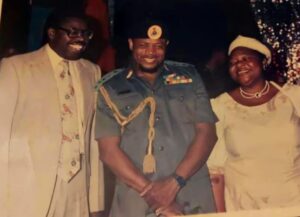 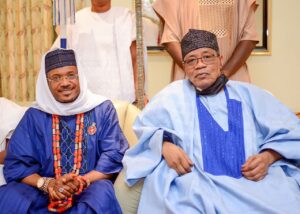 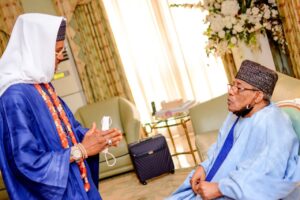 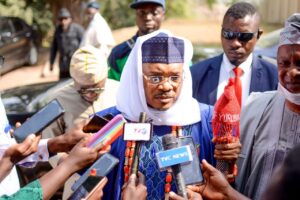 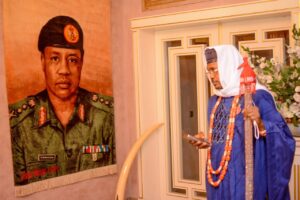 We spoke at length, and the elder statesman aligns himself totally with the peace tour, and expressed optimism that it will enhance peaceful coexistence of Nigerians. He also shares my view that for the country to progress, there must be peace, and that the youth representing 75% of our population and workforce of the nation, should be given the opportunity to play their roles as agents of positive change, peace and good governance.

For those that do not know, IBB is someone that I adore so much. I am emotionally attached to him for some reason. The first is that my late dad, Prof. Moshood Abiola Peller, adored him so much that he purposely did a magical show (drama) in honour of Gen. Babangida in 1987. He named the drama “The Invisible General” and predicted that there would be a coup against the military administration of Gen Babangida, but that he would survive the coup.

It was an hour drama show, and I’m sure there are some people alive today who watched it live because it was taken all around the country and even West Africa. In the drama, my dad played the character of Gen. Babangida, and he was actually captured, but whilst locked up in a cell, my dad disappeared, and appeared with a sound of gunshot in the middle of the audience indicating that IBB survived the coup in the drama.

Interestingly, three years later, there was a military coup attempt to overthrow the government of General Babangida, but as predicted by my late dad, the coup failed.

Another thing worth noting about General Babangida and my visit to him was that when I engaged him one on one, I realised that he is a man with a very good heart. He spoke passionately about the youth and that he is ever ready to support anything targeted at providing opportunities for young Nigerians to get actively involved in conflict resolution, politics and governance. He also believes that Nigerian youths have everything it takes to take charge and put our country on the right track.

We also spoke about Lead Generation Initiative (LGI) and how the organization has been able to train thousands of Nigerian youths on free leadership, civic responsibility, strategic communication, nation building and community organizing. He was so happy about the initiative and expressed his readiness to support the course and everything that has to do with youth development and peace-building. Like my dad has described him in his drama, General Ibrahim Badamosi Babangida is a great warlord “The Invisible General” and he’ll continue to be one in my heart. Seeing him makes me miss my dad more. As a matter of fact, I see my dad through him!

2023: Bola Tinubu and his ‘Loyal Boys’ in Government By Yushau A. Shuaib

1OOO OGUN WOMEN TO RUN FOR HEALTHY LIVING IN JUNE