2023: Bola Tinubu and his ‘Loyal Boys’ in Government By Yushau A. Shuaib

by metronews
in #SmartLagos, Opinion, Politics
0 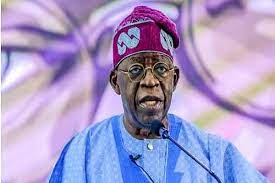 During a visit to Lagos on an advocacy campaign on the need for the diversification of the Nigerian economy in 2004, the Chairman of the Revenue Mobilisation Allocation and Fiscal Commission (RMAFC), Engineer Hamman Tukur told the then Governor Bola Tinubu that any local government created outside the constitution was deemed illegal, according to the provisions of the legislative grundnorm, and hence would not receive allocations from the Federation Account.

Tinubu responded that he would rather intensify the revenue generation and collection drive in Lagos State to sustain the third tier of government, and without the Federation Account, than retract the over 30 newer local governments he had created.

The Department of Allocation at RMAFC, where the present governor of Kogi State, Yahaya Bello, was then a staff, recommended the withholding of federal allocations to any state that created local governments outside the ambit of the 774 constitutionally created and recognised local council areas.

Other states that had created additional local governments at that time, reverted to the formally recognised ones, as President Olusegun Obasanjo, working on the advice from the Commission, suspended federal allocations to the local government areas in Lagos State.

Being the Head of Press and Public Relations at RMAFC between 1999 and 2004 when this went on, my team monitored the ensuing media war over the withholding of local government funds to Lagos State by the Federal Government. Almost all organs of the state government, especially the Executive Council and its members, including commissioners and advisers, alongside public commentators from the Lagos axis, whom we tagged as “Tinubu’s boys”, deployed different media strategies to win public support for the position of Lagos State on its right to create newer local councils. And the purported heavy hand of the Federal Government in its dealing with the State.

In fact, apart from my office, the Public Affairs Adviser to President Obasanjo, Barrister Femi Fani-Kayode was the most vocal voice against Tinubu and his loyalists on that public discourse. Even lawyers recruited by Governor Tinubu, through his Attorney General and Commissioner of Justice, Professor Yemi Osinbajo (the current Vice President), had to write a very lengthy rejoinder against Femi Fani-Kayode’s position. I recall that the lawyers who had signed the rejoinder then were Senior Advocates of Nigeria (SANs) including Wole Olanipekun, Rickey Tafa, Taiwo Osipitan, and Kola Awodein.

Surprisingly, and to the amazement of many, despite the suspension of funds to the State, in a manner that could forestall development and breed economic and geopolitical crises, the government in Lagos started to generate more revenue than what the Federal Government could have released to it from the Federation Account till date.

Some years later, precisely in 2012, while in a discussion about the stubbornness of some politicians, Mallam Yusuf Alli of The Nation newspapers had made a call and handed the phone to me, saying, “Speak to the Jagaban!”

Although initially shocked, I was subsequently impressed by the humane and compassionate disposition of Tinubu when he explained to me that “our positions are not borne out of stubbornness but to provide leadership by example through courage, fearlessness, equity and justice to serve and empower our people.”

He even cracked some jokes and explained in detail what leadership entails.

When Tinubu recently declared his intention to contest for the Presidency, I recalled those closer encounters in assessing his personality. Surprisingly, I have been shocked to the marrow on realising that most of the virulent attackers, since the declaration of his presidential ambition, have not only been from his geopolitical zone, the South-West, but some are also from the camp of his past loyalists – Tinubu boys who were his erstwhile defenders, such as during the period of the withheld council funds. And others who had benefitted from his goodwill to gain nominations and appointments into public offices at the state and federal levels.

It is quite worrisome to observe that when Tinubu was aggressively promoting and supporting the aspirations of many to top public offices, they hailed him to the high heavens; but now that he is seeking a high public office himself, they have turned on him with passionate hatred. They, who once extolled him as the Jagaban, the Leader and the Last man standing when he helped give wings to their ambitions, now describe him as old, sickly and corrupt because of his political ambition.

Meanwhile, the most vocal and leading voices lending support to Tinubu’s aspiration at this seeming last moment of his political career, are mostly APC northern leaders led by former governor of Borno State and now federal senator, Kashim Shettima.

These Northern campaigners have pointed out the political debt owed Tinubu and pleaded with President Muhammadu Buhari to reward him for what he did for the All Progressives Congress in the 2015 and 2019 elections, by giving him the right of first refusal to the presidential ticket. They see this as a decent payback.

On the claim that Tinubu is physically unsuitable for the Office of the President due to his age, Senator Shettima has pointed out that the presidency is not a job for bricklayers. According to him, the mark of true leadership isn’t the ability to lift a bag of cement, but having the requisite experience in governance, being able to design innovative public policy, and putting the right team that will implement this together.

The Northern campaigners have reminded Buhari that, “In 2015, some aspirants with very huge war chests were itching to clinch the ticket of the APC, but like the Rock of Gibraltar, Asiwaju and his progressive team stood solidly behind the candidacy of President Buhari.”

While I am also deeply concerned about Tinubu’s health, considering what befell President Umar Musa Yar’Adua in office and the fact that Buhari too was almost done in by age and ill-health, earlier in his administration, yet I regard the more recent life given to allegations of Tinubu’s past misdemeanour – in his climb to wealth and reckoning – as a common feature characteristic of most successful politicians in Nigeria.

Unfortunately, it is very difficult to point out a successful politician in public office in Nigeria who has never been accused – whether true or false – of age falsification, certificate forgery or corrupt practices, among other unbecoming acts.

As we keep making efforts at perfecting our system to check and push back the ills in our political processes, we should continually seek to enhance and manage our democracy in its content and form, including the highly critical area of leadership recruitment.

Meanwhile, if I could advise Tinubu, the kingmaker, on his dream of becoming a king himself, I would rather say: “You have right to your aspiration, but if under extreme pressure to step down, you might as well consider Vice President Yemi Osinbajo, your topmost ally from the South-West, for support to become the most powerful Nigerian. Or, Senator Orji Kalu, a former governor from the South-East. Or, the minister of Transportation and former governor of Rivers State, Rotimi Amaechi, from the South-South. Or even the youngest presidential aspirant of the moment, Governor Yahaya Bello of Kogi State from the North-Central, a region that is yet to produce an elected president or vice to date.”

Yushau A. Shuaib, author of “An Encounter with the Spymaster” and “Crisis Communication Strategies” blogs at www.YAShuaib.com yashuaib@yahoo.com