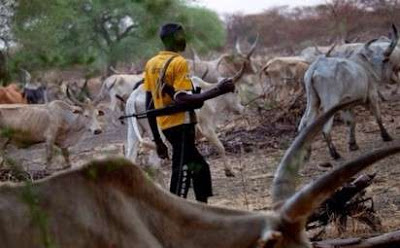 Gunmen suspected to be Fulani herdsmen in the early hours of yesterday
swooped on travelers along the busy Benin-Auchi-Okene Highway and
kidnapped 15 persons and killed immediate past chairman of Etsako East
local government area in Edo State.

The armed men were said to have stopped many of the motorists at the
popular Ogbemudia Farm at Iguevbihobo village where they searched all
occupants of the vehicles after the victims laid face down on the road.

It was gathered that the former council chairman, Mr. Suleiman Afegbua, a
cousin to the All Progressives Congress (APC) State vice chairman,
Malik Afegbua and ex-Special Adviser (SA) on Media to former Governor
Adams Oshiomhole, Prince Kassim Afegbua, was said to have attempted to
escape from the scene of the attack when the gunmen opened fire at him.

The former council boss was shot and died at the spot while other
occupants of the vehicles trapped at the scene were also kidnapped and
taken to an unknown location.

It was gathered that the late Afegbua was on his way to Benin when he met his sudden death.
But the Police Public Relations Officer (PPRO) of the Edo state Police
Command, Mr. Moses Nkombe when contacted confirmed the incident but said
there was no report of any abduction.

He said the victims were travelling in a convoy when the armed men ambushed them at the spot and shot at them in the process.