Jax, a five-year-old from Kentucky, asked his mum for a haircut – but not just any haircut. He had a cunning plan.

Jax asked if he could have his head shaved so he could look just like his classmate and friend Reddy. 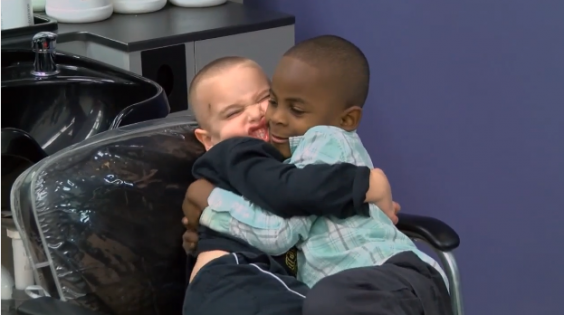 And he, unwittingly, became a bit of a media sensation and poster-boy for proof that prejudice is learned.

Jax’s mother Lydia shared a picture of the two friends on Facebook, and told the heart-warming story.
She wrote:

He said he couldn’t wait to go to school on Monday with his hair like
Reddy’s so that his teacher wouldn’t be able to tell them apart.
He thought it would be so hilarious to confuse his teacher with the same haircut.
Here’s a picture of Jax and Reddy from their Christmas program.
I’m sure you all see the resemblance.
If this isn’t proof that hate and prejudice is something that is taught I don’t know what is.
The only difference Jax sees in the two of them is their hair. 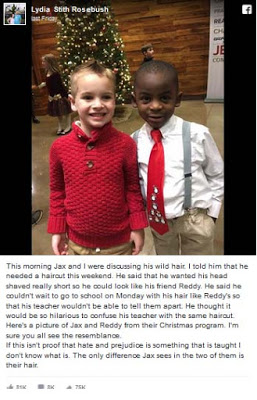