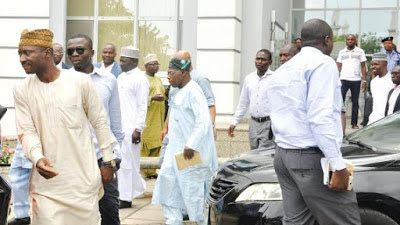 Former President Olusegun Obasanjo yesterday stormed out of the maiden yearly special training and capacity development organised by the Assistant Inspector-General of Police (AIG) in charge of Zone II after the force officers kept him waiting for over an hour behind the scheduled time for the event.

Obasanjo had arrived venue of the event which was at Federal Palace hotel but the IGP and other important officials billed to be at the event were not yet there.

“Next time, before you call me, please be ready,” Obasanjo said as he stormed out of the hall. According to him, he was returning to Ota, Ogun state to attend a function he left midway just to attend the police event he was invited to.

Hatred is taught, love is natural ...and we have proof of that!