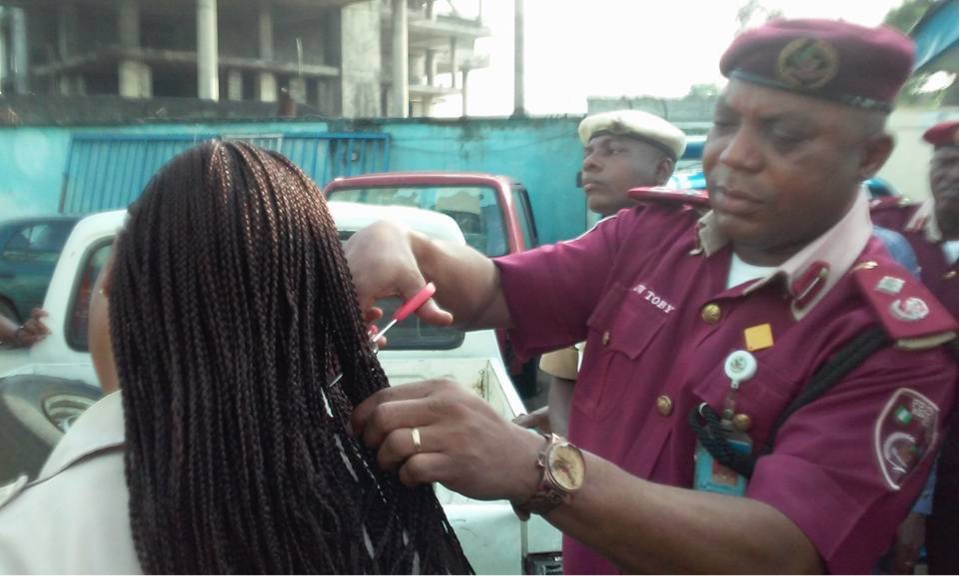 The Federal Road Safety Commission has ordered the immediate recall of the Rivers State Sector Commander and all those involved in the incident that occurred at the Command yesterday.

Speaking exclusively in an interview with CKN News this morning, the Corps Marshal of the FRSC Dr Boboye Oyeyemi through the Head Media and Strategy of FRSC Bisi Kazeem said the Sector Commander and his officers went beyond the mandate of the Commission by publicly cutting off hair of erring staff.

He stated that the agency has a more robust disciplinary channels and measures to discipline erring officers rather than engaging in such crude act publicly, an action which has been totally condemned by the FRSC.

He appeal to Nigerians to exercise some patience as investigation is ongoing to ascertain the culprits while disciplinary actions will be meted out appropriately after investigation.

It will recalled that the photos of the Sector Commander and his officer went viral yesterday on the Social media.

The Sector Commander and his officers while carrying out a general inspection on the staff of the FRSC headquarters in Port Harcourt covering the uniform , finger nails, as well as the hairdos of FRSC personnel decided to cut off hair of some of the female officers for allegedly running foul of the requirements of the Corps.