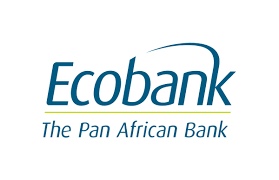 South Africa’s Nedbank on Tuesday said that Ecobank Transnational Incorporation (ETI) remains vital to its expansion elsewhere on the African continent despite booking a $293 million write-down on the value of its stake in the sub-Saharan lender. Ecobank has operations in nearly 40 countries outside its home market. Nedbank Chief Executive, Mike Brown, told reporters ““It’s obvious that we would be disappointed. But we still, however, remain optimistic on the long-term growth prospects in the rest of Africa.”

ETI’s operations in Central and West Africa are exposed to some economies that have been pressured by the commodity price slide and unfavourable currency swings since Nedbank bought a 20 per cent stake for $500 million in 2014.

Brown forecast another tough year for Ecobank, which makes the bulk of its earnings in Nigeria, before improving in 2018 and beyond. Nigeria, Africa’s biggest economy, has been hit by a currency crisis and its first recession in 25 years following the slide in oil prices since the middle of 2014.

Nedbank, a subsidiary of Anglo-South African conglomerate, Old Mutual, said its diluted headline earnings per share rose 4.8 per cent to 2,350 cents in 2016, the slowest pace of growth since 2009 when its EPS fell by nearly a third. Headline EPS is the main measure of profit in South Africa as it strips out certain one-off items.

Nedbank also said its results were affected by slack demand for loans as slowing economic growth and higher interest rates hit consumption and investment spending across Africa.
Brown forecast at least 7 per cent growth in 2017 annual headline EPS, saying a peak in interest rate cycle in South Africa would lift demand or loans.
Old Mutual is in the middle of an overhaul in which it will carve itself into four parts and cut its 54 per cent stake in Nedbank to a minority holding to simplify its structure.
Nedbank competes with Standard Bank, FirstRand, Barclays Africa and Capitec.