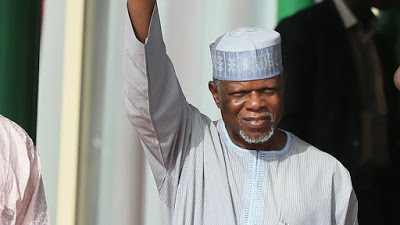 The Nigeria Customs Service (NCS) has agreed to suspend the implementation of its new policy on vehicle verification.

It was reported that the decision was to douse the growing tension over the new policy.

The new policy, according to sources, won’t come into effect until the Customs engage in “full consultations” with the Senate.

A formal statement on the suspension of the new policy on customs
duty is expected from the Service this week. This was the outcome  of a
meeting held yesterday between the leadership of the Senate and the
Comptroller-General of Customs, Col. Hameed Ali (rtd).

Ali, who came with the Senior Special Assistant to the President on
National Assembly Matters (Senate), Senator Ita Enang, met with the
President of the Senate, Dr. Bukola Saraki; Senate Leader, Ahmad Lawan;
Senators Kabiru Gaya and Hope Uzodinma for about 40 minutes. The Senate
had, last week Thursday, summoned Ali to appear before it today to give
clarifications on a proposed retrospective duty payment of vehicles in
Nigeria which is billed to take off in April.

The new policy asks Nigerians to verify whether duties have been paid
on their vehicles and pay if not already done. New Telegraph
investigations revealed that after yesterday’s resolution by the Senate
which compelled the Customs CG to appear before it today, Ali quickly
visited the National Assembly about 5p.m., to perhaps negotiate for soft
landing to avoid being disgraced by the lawmakers at his appearance.

New Telegraph learnt that Ali, who was now jittery over Senate’s
resolute decision on his summon and appearance in uniform, quickly
rushed to Enang, at his National Assembly office. It was further learnt
that some senators close to Ali might have advised him to take this step
to save himself from impending embarrassment.

The meeting, which lasted more than 30 minutes, according to a
source, saw Ali trying to appease the Senate President by explaining
that he did not intend to slight the hallowed chamber or the National
Assembly as an institution. Saraki, however, left his office at 6:38p.m.
and left behind the Customs CG, Enang and Senator Kabiru Gaya (APC,
Kano South), who came out of Saraki’s office at 6.49p.m. Lawan and
Uzodinma, who earlier accompanied the CG to Saraki’s office, were no
longer sighted at his departure. While Enang led Ali to his car, Gaya
went to his own car.

As at the time of filing this story, it was not clear whether the
meeting with Saraki yesterday evening would shelve Ali’s appearance
today. The CG had written to the Senate, seeking to get a new date for
his appearance on the excuse that the earlier invitation to appear today
coincided with the Customs Service manage- ment meeting.

The letter, which was read in the chamber by the Clerk of the Senate,
Nelson Oniwoh, as directed by the President of the Senate, Dr. Bukola
Saraki, infuriated the lawmakers, who concluded that there was a
deliberate attempt on the part of Ali to disregard and disrespect the
institution of the Senate.
To further aggravate the anger of the apex legislative chamber, the
Customs CG directed an assistant director in the Service, Mr. Abdulkadir
Azarima, to write and sign the letter to the Senate.

Consequently, the
Senate observed that, apart from giving an inconsequential reason for
his request not to appear, it was absolutely a mark of disrespect for
the Customs boss not to sign the letter by himself. Part of the letter
reads: “Re: Invitation to brief the Senate.

“I am directed to acknowledge the receipt of your letter number Nass/
CS/8S/R/09/29 of 9th March, 2017 on the above subject matter. “I am
further directed to inform you that the date given to the Comptroller-
General of the Nigeria Customs Service (NCS), Wednesday 15th, March 2017
to brief the Senate in plenary on the retrospective duty payment of
vehicles in Nigeria has coincided with the fortnightly meeting of the
NCS management.

“Consequently, the Comptroller-General is humbly requesting for a new
date from the distinguished Senate. “As we await your favourable
response, please be assured of the highest regards and esteem of the
Comptroller-General of Customs.” Meanwhile, Ali transmitted another
letter, which he personally wrote and signed, advising the Senate to
seek legal advice on the issue of uniform, which it insisted the CG must
wear and appear before it. He also said that he had resorted to legal
advice on the matter so that he and the apex chamber would not continue
to bicker unnecessarily over the issue of uniform.

It was, however, observed that in the second letter, the Customs boss
did not make any reference to the first letter. The second letter
reads: “May I respectfully refer to your letter, dated March 9, and
inform Your Excellency that the decision on payment of customs duties by
vehicle owners who do not have them as prescribed by law is currently
being reviewed.

“The goal of the review is to take a broad additional input from the
stakeholders and the public. I will welcome the opportunity to avail the
Senate of our findings. “Regarding to wearing of uniform, I wish to
advise that the Senate avails itself of the legal basis of its decision
to compel me to wear uniform. I am similarly taking legal advice on this
issue so that both the Senate and I will operate within the proper
legal framework.”

The Comptroller General, who was summoned to appear before the apex
chamber today, is expected to explain to Nigerians the implications of
his planned policy on retrospective duty payment of vehicles in Nigeria
which is billed to take off in April. But the CG wrote the Senate,
seeking to defer his appearance to a new date on the excuse that the
earlier invitation to appear today coincided with the Customs Service’s
management meeting.

This provoked the chamber to reinforce its earlier resolution,
insisting that he must appear today and also in full Customs uniform,
depicting the rank of Comptroller- General.

Ali had earlier made some statements in the media last week, saying
that he would not appear in uniform while coming to meet with the Senate
as invited, claiming that as a retired military officer, he would not
wear uniform of another organisation in his remaining life time.