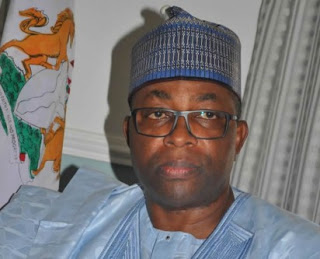 Bauchi State Government has ordered the immediate closure of the
‘Sa’adu Zungur’ model primary and secondary school in the state.

This order followed the discovery that some senior students conduct illegal marriages among themselves within the school.

Male students paid N500 as dowry to their female counterparts as
precondition for their marriages, while classmates of both the ‘grooms
and brides’ contribute money for refreshments at the ceremonies usually
conducted secretly.

Although male and female students study in
separate classes in the school, attention of the management was drawn to
such illegal marriages last week when an SS2 student (name withheld)
organised an illegal wedding ceremony in classrooms.

The cheers and noise reportedly attracted teachers who were still within the school premises after learning hours.

The teachers rushed to the classroom and discovered that a wedding ceremony was taking place between the two students.

The matter was then reported to the school Principal, Malam Ahmed Zailani, who informed the Ministry of Education.

The development which angered government officials led to the closure of both the primary and secondary sections of the school.

Bauchi Deputy Governor, Engineer Nuhu Gidado, in his reaction
attributed the children’s illegal marriages to the threats of moral
decadence in the society.

A statement on Monday by his media
aide, Yakubu Adamu, disclosed that he directed the immediate closure of
the school on Friday, 10th March, 2017 after being notified about the
issue.

The Deputy Governor who oversees the Ministry of
Education, added that “a committee which comprises all directors in the
state ministry of education, the school authority, teachers as well as
the Parents and Teachers Association (PTA) was constituted and tasked to
investigate the matter and come up with a detailed and sincere report
before the school would be re-opened.”

Education: 'To persevere is to win'