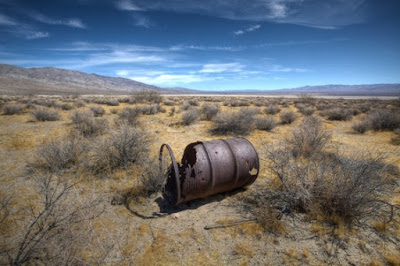 There is palpable confusion at present at the famous and ancient Idumuje-Ugboko kingdom, Aniocha North Local Government Area of Delta State over alleged desecration of the traditional stool.

Expectedly, kingmakers, palace chiefs and members of the Royal family right choice for the vacant stool following the demise of Obi Albert Nwoko III, recently who ruled the kingdom for several years.

Investigation revealed that on the death of Obi Albert Nwoko III, the stool became vacant, but this was not to be when one Prince Justin Chukwunonso Nwoko was allegedly installed by a section of the palace chiefs, thereby creating serious acrimony and alleged desecration to the thrown when 18 years old Prince Uche Nwoko was said to be the right heir apparent to the throne.

It was reliably gathered that Prince Uche Nwoko, a final year student of the Command  Secondary School, Ebonyi State had the popularity as the rightful choice to the throne, but was allegedly thrown out by a section of the palace chiefs after they were alleged to have been “induced financially”.

In a swift reaction, one of the chiefs, Chief Albert Akareh said traditional due process was followed in the installation of Prince Nonso Nwoko as the new Obi of Idumuje Ugboko kingdom. He said: “whatever people are saying against us is not correct, we have done the right thing and we stand by it” alleging that the 18 year old boy had questionable issues with the kingmakers.

Further investigation revealed that while the war rages between the camps of Prince Nonso Nwoko and those supporting Prince Uche Nwoko, the palace has been virtually deserted as indigenes await the outcome of the war.

A member of the Nwoko Royal family who did not want her name in the print, said: “what is going on in my family is strange, it has never happened since I was born”.

The State Chairman of the Traditional Rulers’ Council, HRM Emmanuel Efeizomor II told journalists that the matter had begun full scale investigation, adding that until investigations are completed, it would be difficult to make a statement.

He however sued for peace while the investigation lasted, adding that nothing good come out of crisis. A family source told our reporter that Prince Uche Nwoko is more qualified to ascend the thrown because he is of both parents from Idumuje Ugboko kingdom, adding that: “any crowning should wait until after three months burial rites for the late king” a desecration of the tradition occurred when Nonso was put on the stool by only one man as against the six required by tradition”.

But Prince Nonso Nwoko on a telephone reaction, said he remain the right choice to the thrown, adding that he was crowned after traditional due process followed by the king makers.

Another family source said “that protests against this were shoved aside by “Prince Mbanefo Nwoko”, who insisted that Nonso should sit on the stool the same night that the Obi passed on.

The haste is simply to frustrate the young Prince who is in Command Secondary School in f a r away Ebonyi State”. The source recalled that a notable professor in the family, Prince Somayina Nwoko, who died late last year, has raised an alarm more than an a year before he died, in his now famous write-up in which he unequivocally stated that Nonso was not qualified to be king.

The late professor will be turning in his grave to see what Nonso is doing to force his way into the throne. It was learnt that for fear of the safety of the young prince, his lawyers are asking that he be made a word of the court”.

“By the standing order and rule in Idumuje-Ugboko, the said Prince Justin Chukwunonso Nwoko is not qualified to succeed to the throne of Obi of Idumuje-Ugboko”, Mr. Ikhide Ehighelua Esq, of Ikhide Ehighelua and Co., Asaba, wrote in a petition to the chairman  of Aniocha North Local Government Area, on behalf of Prince Uche and others.

The petitioners alleged that Prince Nonso has many impediments against him, including that his mother is not from Idumuje-Ugboko kingdom as prescribed by the tradition, but from Ubulu-Uku, adding that he is currently standing trial in the Magistrates’ Court, Asaba, for the alleged offence of forgery and conspiracy in case number CMA/420c/2016 Commissioner of Police Vs Chukwunonso Nwoko and two others.

The petitioners also cited other cases in addition to a case of false information against him in police case file number CR: 17/2017, alleging that he is of unsound mind, having suffered from a mental problem at an early stage of his life when he suffered brain fag, leading to his withdrawal from the university.

They called on relevant authorities to ensure that Prince Uche is presented, installed and crowned as the Obi of Idumuje-Ugboko kingdom.

The chairman of Aniocha North Local Government Area, Mr. Chuks Oseme, in an interview, confirmed the kingship tussle in Idumuje-Ugboko, saying that he received the petition and that the Traditional Rulers’ Council, Aniocha North chapter, will investigate the issue on Saturday.