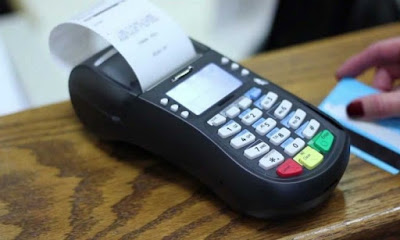 The Central Bank of Nigeria, CBN, on Friday announced the suspension
of its earlier directive on the implementation of cashless policy issued
after the 493rd bankers committee meeting that held on February 8.

In a circular signed by its Director, Banking and Payments System
Department, Dipo Fatokun, the apex bank instructed banks to revert to
old charges and refund customers who had been debited.
This is coming after it had earlier announced new charges on deposit and withdrawals above a threshold of N500,000.

But in the circular issued on Friday, the apex bank said the existing
policy before the announcement of the new policy shall remain in place
in Lagos, Ogun, Kano, Abia, Anambra, Rivers and Abuja.
“You will recall that a directive was issued on the nationwide
implementation of the cashless policy vide our circulars with reference
numbers BPS/DIR/GEN/CIR/04/001 dated February 21 and
BPS/DIR/GEN/CIR/04/002 dated March 16.

“Please note that the new withdrawal and deposit processing fee
charges above the threshold, as contained in the circulars referenced
above, are hereby suspended until further notice. The position of the
policy shall now revert to the status quo ante,” the circular read.

“The new policy already applied effective April 1, 2017 as contained
in the circulars in reference above should be reversed and the old
charges be applied. All necessary refunds should be made accordingly,”
the CBN stated.