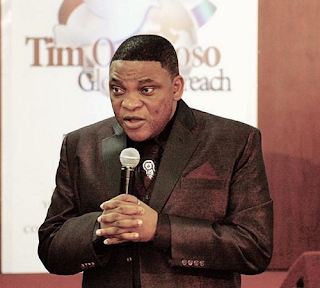 The wanted Nigerian pastor Tim Omotoso who was accused of sexually
molesting his own church members in South Africa has finally been
arrested.. A manhunt for the pastor was launched after he was accused of
sexually molesting his congregants. His arrest was greeted with cheers
as he was being taken away by security operatives at Port Elizabeth
Airport yesterday.

Omotoso, a Nigerian national, is the leader of the Jesus Dominion International in Durban, South Africa.

Several female members of the pastor’s church have come in recent times
to accuse him of luring them into his house to molest them sexually.

Most of the church’s members are young people, who say he has betrayed their trust.