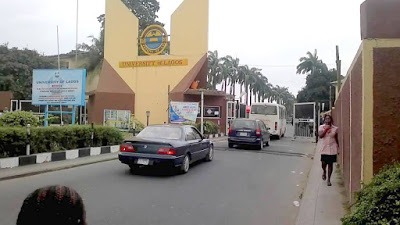 A female student of the University of Lagos has been reportedly kidnapped.

According to an eyewitness, the girl was kidnapped in front of her Kofo Hostel a few minutes ago.

New Telegraph learnt that she was bundled into a blue Toyota, with tinted glass, sometime after 4pm and whisked out of the campus with some other cars in hot pursuit alerted to the alarm raised by the abducted girl.

We further learnt that the car had been parked for some time near the hostel ostensibly waiting for their victim, who was just returning from writing her exam.