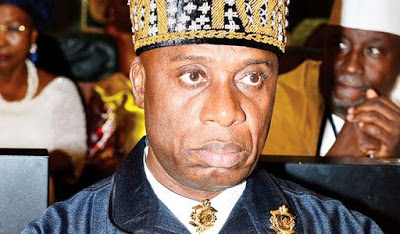 The Panel, comprising the National Security Adviser, NSA, Babagana Monguno, and the Attorney-General of the Federation, AGF, Abubakar Malami, is probing the allegations of violations of law and due process, made against the suspended SGF, in the award of contracts under the Presidential Initiative on the North-East, and the $43 Million recovered by the Economic and Financial Crimes Commission, EFCC, in Ikoyi.

The Acting Chairman of the EFCC, Ibrahim Magu, on Friday, had tendered bulky “evidential” documents, regarding the recovered fund.

Recall, that the Transportation Minister, Rotimi Amaechi, had already been linked to the Ikoyi scandal, by the former Minister of Aviation, Fani-Kayode, and Lere Olayinka, Spokesman to the Ekiti State Governor, Ayodele Fayose.