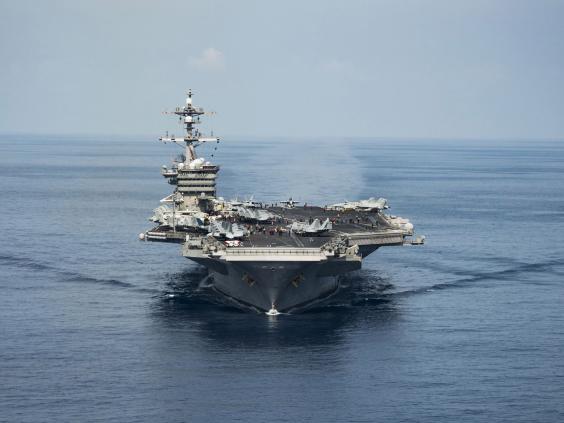 North Korea has
said it is ready to sink a US aircraft carrier to demonstrate its
military might, as two Japanese navy ships joined a US carrier group for
exercises in the western Pacific.

US President Donald Trump
ordered the USS Carl Vinson carrier strike group to sail to waters off
the Korean peninsula in response to rising tension over the North’s
nuclear and missile tests, and its threats to attack the United States
and its Asian allies.
The United States has not specified where the carrier strike group is
as it approaches the area. US vice president Mike Pence said on
Saturday it would arrive “within days” but gave no other details.