Isa was arrested on Wednesday by the Police Special Squads drafted from Police Force Headquarters Abuja.

He was arrested around 1.30pm at the premisis of the state ministry of
education, in Lokoja where he had gone to visit the commissioner, Hon.
Sunday Tolorunleke. 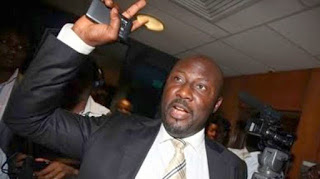 The administrator had earlier been invited
following Senator Melaye’s insistence that the hands of the
administrator were clearly visible in the attempt on his life.

Sources close to Kogi Sate Police Command told The Nation that
the directive to arrest him was from the Office of the Inspector General
of Police (IG).

The source said that the IG viewed such issues
such as an attempt on somebody’s life, as “a very serious matter and
ordered the command to do everything possible to investigate the alleged
assassination attempt”.

“No body is above the law in Nigeria as
far the law is concerned. We are still investigating and we must get to
the root of the issue”, he added.

The Kogi State Commissioner of
Police, (CP) Wilson Inalegwu while confirming the arrest, said his
command was working round the clock on the issue.

He also
confirmed that some guns were recovered, pointing out that he was
working hand in hand with his senior officers on the issue.

He said anyone linked to the crime would be investigated no matter how highly placed.

“Nobody is above the law. If you are linked to a particular crime, that
person must be investigated to know if he or she is innocent,” he said.