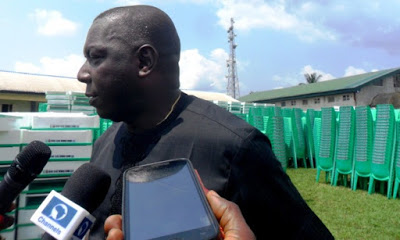 The State Universal Basic Education Board (SUBEB) in Cross River has
uncovered about 758 teachers with fake National Certificate of Education
certificates and 700 ghost workers in the ministry.

The State Chairman of SUBEB, Dr Stephen Odey, in an interview with
newsmen in Calabar on Wednesday revealed that the verification exercise
was carried out following a mandate given to him by the state Governor,
Ben Ayade, to sanitise the education sector.

Odey said the mandate led to personnel audit and biometrics across
the 18 local government areas of the state saying the board has granted
amnesty to the teachers by asking them to go back to school and get
genuine certificates required for teaching.

He explained that the board had put mechanism in place to ensure that
further recruitment into the board was devoid of fake teachers adding
that with the discovery of the 700 ghost workers in the board’s payroll,
the state would now be saving over N60 million monthly.

He disclosed that in the course of the exercise, some security men
and nannies who had acquired the basic teaching qualifications were
promoted to classroom teachers but stated that the board would not
relent in its effort in sanitizing the education sector in the state.

“In the last few months, we have been in the field carrying out
personnel audit and bio-metrics across the 18 local government areas of
the state,” Odey said.

“What we discovered after the conclusion of the exercise is shocking.

“We uncovered 758 teachers with fake certificates and 700 ghost workers who are not working but receiving salaries.

“When we found out that some of them have fake certificates, we wrote
to their respective schools to ascertain the genuineness of such
certificates and they responded with much disappointment.

“Young graduates with genuine certificates are everywhere looking for
jobs; and when you come to the education sector that is supposed to be
credible, you keep discovering teachers with fake certificates.

“For the 700 ghost workers discovered, the state government will now be saving over N60 million monthly.

“One of the shocking revelations is the case of a head teacher who
transferred his late wife’s certificates to his new wife and made her a
classroom teacher.”