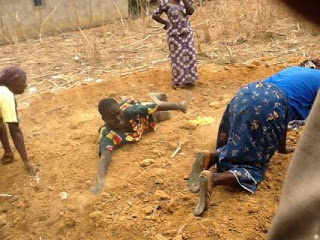 The Chief of Army Staff, Lieutenant General Tukur Yusufu Buratai has
launched the Nigerian Army Operation HARBIN KUNAMA II at a forest
between Kagoro and Kafanchan, southern part of Kaduna State.
Present
at occasion was Governor of Marina State, Mallam Nasir Ahmad El-Rufa’i,
representatives of the Chief of Defence Staff and Service Chiefs.

There
were traditional rulers and other government functionaries at the
occasion. The Governor along with other dignitaries were conducted round
the step up headquarters.

The Operation will last for one
month. The operation is aimed at addressing the issue of insecurity in
Southern Kaduna State and parts of Kano, Plateau and Bauchi States.

The
operation will last for one month. 1 Division Nigerian Army is involved
in the operation and elements of 3 Division and Operation Safe Haven.

In
addition to the operation, the Nigerian Army is involved in
humanitarian activities such as the provision of free medical outreach
at Kafanchan, renovation and reconstruction of a primary healthcare
centre at Unguwar Rimi, Zangonaya Kataf Local Government Area,
construction and hand over of a borehole to Dan Goma communities all in
Southern Kaduna State. The Governor and the Chief of Army Staff also
inspected the Forward Operation Base being constructed at Kafanchan.