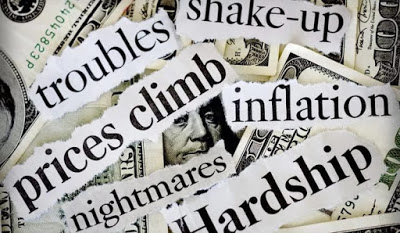 A
new report has disclosed that the 36 states and the 774 local
government councils in Nigeria shared a total sum of N2.6 trillion from
the Federation Account in 2016 in spite of the prevailing economic
recession.
In
an elaborate investigation by the Economic Confidential, an
intelligence economic magazine, the total figure was payment made to the
two tiers of government between January and December 2016 at the
monthly meeting of the Federation Account Allocation Committee (FAAC).
In
the report, Lagos state is ranked first as the highest recipient of
gross allocation with a total sum of N178bn in the twelve months. It is
followed by Akwa State N150bn, Rivers N134bn, Delta State N126bn and
Kano State N111bn. The five states cornered a quarter (25%) of the total
allocation for the States and local government councils in Nigeria
Among
the 10 highest recipients from the Federation Account are Bayelsa State
which got N99bn; followed by Katsina State N83bn, Oyo State N80bn,
Kaduna State N78bn and Borno State N73bn.
The
lowest recipients are Gombe and Ebonyi States that got N46bn each
followed by Ekiti and Nasarawa States N47bn each and Kwara N49bn.
The
report further disclosed that Edo and Ondo which are oil-producing
states got N59bn and N70bn respectively while another state in the
South-South, Cross River State merely received N55bn.
The
Economic Confidential gathered that factors that influence allocations
to states and local government councils from the Federation Account
include: Population, Derivation, Landmass, Terrain, Revenue Effort,
School Enrolments, Health Facilities, Water Supply and Equality of the
beneficiaries.
Meanwhile, the Economic
Confidential which has been publishing the monthly Federation Account
Allocation figures in the print edition of the magazine since January
2007, has commenced the publication of the monthly allocation in its
online version.
Please see the Breakdown of the monthly allocations to States and their Local Government Councils in 2016 in the attachments.
Read: http://economicconfidential.com/2017/02/states-lgs-share-n2-6tr-2016/
Previous Post

VP, SGF Yet to Comply with Presidential Directive to Reinstate NDPHC GM

VP, SGF Yet to Comply with Presidential Directive to Reinstate NDPHC GM