The Northern Christian Elders Forum (NOCEF) has distanced itself from the Arewa Pastors Non-denominational Initiative for Peace in Nigeria, who visited President Muhammadu Buhari recently.

NOCEF said members of APPIN neither emanated from the conglomeration of 15 churches under the aegis of Tarayar Ekklisiyoyin Kristi A Nigeria (meaning: Hausa, Fulani and Kanuri Christians, nor Evangelical Church Winning All), the two blocs of the CAN in the north.

While warning President Muhammadu Buhari, “never to spend tax payers money on them,” the organisation also aligned itself with the position of the CAN that the “so-called Arewa pastors” were aliens to the body of Jesus Christ.

Speaking to journalists in Jos on Saturday, April 7, the spokesman of NOCEF and secretary of CAN (north-west zone), Sunday Oibe, said “those who betrayed Christians” during their political pilgrimage to President Muhammadu Buhari “should be treated like Judas Iscariot.” 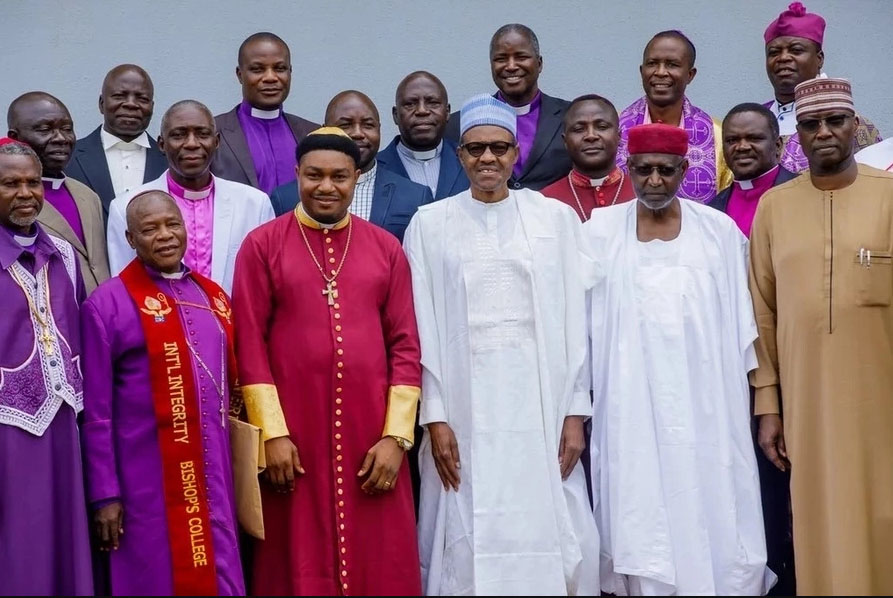 According to him, the refusal of APPIN to demand for the release of a female student of Government and Science Technical College, Dapchi, Yobe state, Leah Sharibu, from Boko Haram captivity, is “a confirmation of the fact that they are not Christians.”

His words: “Ordinarily, just coming out from the great sacrifice of Jesus Christ at Easter for our salvation and still reflecting on the benefits of this sacrifice, we would not have bothered to respond to them. But for incessant calls from notable Christians across the country, it is necessary to put the records straight.

“They should be treated like Judas Iscariot because their action is antithetical to the body of Christ. The summary of the action of these so-called Arewa pastors led by one John Richard Abu from Benue state and the timing is a confirmation that the spirit of Judas Iscariot is still around and within us.

“For Judas to agree to betray Jesus before the Jewish authorities and for these unknown Arewa pastors to betray the Nigerian Christian community who have been crying for the release of Leah Sharibu has confirmed that Judas is alive among us. We also call on Christians to intensify their prayers for the immediate and unconditional release of Leah Sharibu, while we also urge the president to step up and the killings in the country.”

Oibe described them as APC, Available-for-use Political Clerics, whose conducts he said, are very unfortunate.

He said the calibre of those who visited Buhari have been known to be only relevant at the peak of political activities, adding, “what we are witnessing now is a rehearsal of what to come during the 2019 general elections.”

“While they were sycophantly singing praises to Buhari like the Biblical Judas, dozens were slaughte*ed in Benue, the home state of John Richard Abu and as usual, their voices were lost.

“They are not known in the Northern Christian hemisphere. In a gathering of 10 Christians in the 19 Northern states and FCT, seven will emanate from the TEKAN-ECWA bloc of CAN.”

CAN has since dissociated itself from the group in a statement sent to journalists on Friday, April 6.

“The attention of the leadership of the Christian Association of Nigeria (CAN) has been drawn to a group of clergymen under the aegis of Arewa Pastors Peace Initiative, Nigeria (APPIN).

“CAN does not know any of them and their organisation is even alien to the association and fortunately enough they did not claim to be part of CAN. We are happy that the Northern Christian Association of Nigeria (Northern CAN) has also disowned them.

“We are totally disappointed that a group of people who claimed to be pastors will be visiting the president without asking for the freedom of Leah Sharibu and over 100 Chibok girls who are languishing in the captivity of the Boko Haram terrorists, whose only crime is their religion,” part of the statement read.