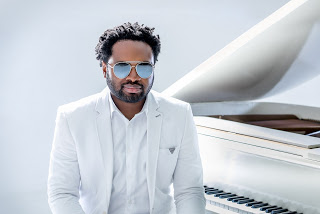 To get his first concert tour off to a great start, Cobhams Asuquo is holding the ‘For You’ Kick-Off Concert on Sunday, March 26th at the Pistis Conference Centre, between 4th and 5th Roundabout, Lekki Expressway, Lagos.

The concert comes few days after the success of his album launch concert which held on March 12 at the Civic Centre, Victoria Island, Lagos.

Cobhams will be joined by some of his friends to perform some of the songs on the 14-track album including the hit, Ordinary People among others. He will be joined by other kindred spirits including Waje Iruobe, Nathaniel Bassey, Mairo Ese, Nosa and Ige. It promises to be an unforgettable evening!

‘For You’ is now on high demand and is selling on multiple digital stores and platforms such as with digital platforms including iTunes, Apple TV, Music+, Spotify, Amazon and Googleplay.

Technology: Your Fingerprints Are Now Easy to Steal as Passwords